Thanks to A Tic in the Mind's Eye, it's time for another World of Good Blogburst!

Our previous entries were the Aussies and the Navy helping out after the Asian tsunami. This week we focus on the volunteers who helped out after Katrina.

I'll be honest, I found the post-Katrina controversy to be staggeringly boring. Think about what everyone was doing in the week following Katrina. Medical teams were working day and night rescuing people from flooded buildings. Private citizens were driving in from all over, towing their boats to motor out and rescue stranded survivors. The Army Corps of Engineers was fighting tooth and nail to drain an entire city! This was the real story, not the finger pointing of the politicians.

I was originally going to do this post on the Army Corps of Engineers. Then I stumbled across photos from the nola.com website. Apparently a group of students from Daniel Gross Catholic High School in Omaha, Nebraska made the trip down south to help. Dang! Did any of you know that?

This is a very small tribute those students.

Here's some of the text from nola.com that accompanies the photos.

A group of high school students from Daniel Gross Catholic in Omaha, Nebraska have been New Orleans since Sunday gutting houses, clearing debris, and touring the city. 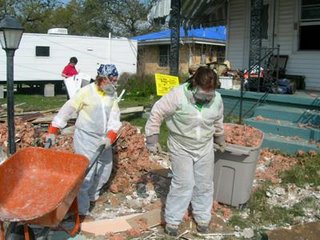 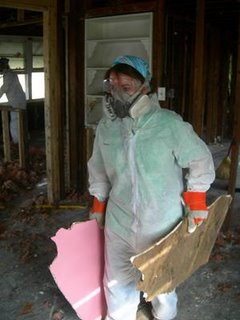 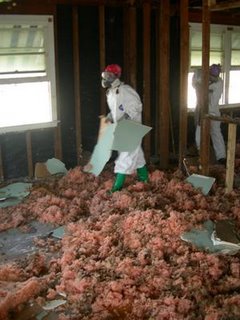 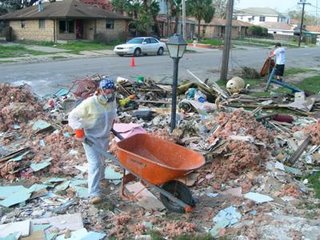 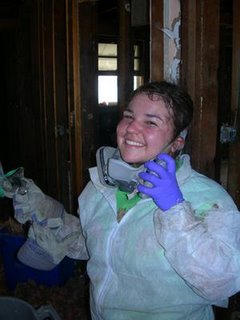 I'm at a loss for an epilogue. Finding this was totally cool.

The world is filled with great people.
Posted by Jacob the Syrian Hamster at 4:54 PM

Great post...again. Thanks for participating!