Advice to the President on Defeating Terrorists

All hail the Alliance! Here at The Scratching Post we have it’s motto imprinted in our brains!

Or something like that. Anyway, they have a new Precision Guided Humor assignment. Who could give President Bush good advice on fighting terrorists, and what would they tell him to do?

First, let us examine the problem. Is the problem the way we are fighting terrorists? Do you think we can improve on these guys? 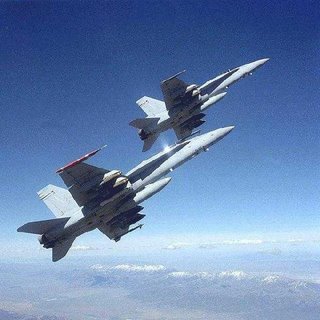 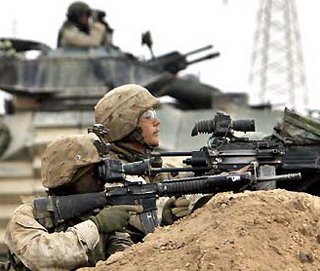 I think that’s a big no. The problem is these guys. 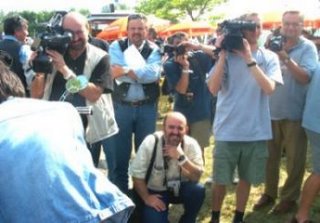 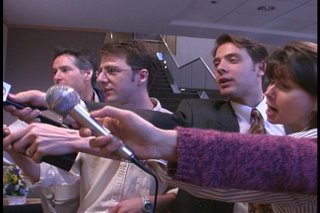 Too many people here in the U. S. listen to them and read what they write. The public becomes convinced that we’re losing or doing bad things. What we need is a way to get fewer people to pay attention to them. I suggest the best people to give President Bush advice on this are the talent agency casting services professionals at Hollywood Pictures dot com.

Reporters seem to be able to believe absolute rubbish at the drop of a hat. With a little encouragement, the fine people at Hollywood Pictures could convince them that “they ought to be in pictures.” A few acting lessons (Matt Damon is proof positive that very few are needed) and off they go into disastrously unpopular movies like Syriana, Brokeback Mountain and Good Night and Good Luck.

Where no one will ever hear from them again.

Muhahahahahaha! They might as well be thrown into a dungeon, they’ll be so totally cut off from the rest of us. It will be sort of like living in The Matrix for them. They’ll think they’re in the real world, but all the time they’ll be living in a bubble, unable to influence anyone who votes.

Oh sure, there will be some people who will go looking for them. A few inquiries at the police station and a private eye or two, but since they’ll only be seen in movie theaters, they’ll never be found! Although they would blame us for violating human rights, even the ACLU wouldn't be able to extricate them from this trap.

Sorry. I got carried away there.

Once they're out of the way, the American people will turn to other news sources and see the real effects of what America has done for the rest of the world 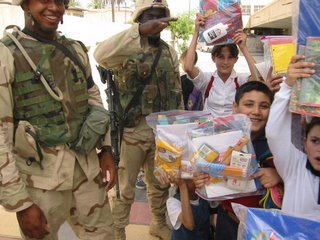 and patriotism and support for fighting criminal maniacs will never ever weaken again. 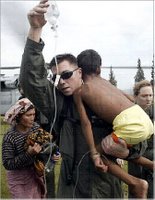 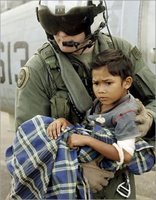 Now let me add a brief, serious note. The three pictures above are from the Navy relief effort after the recent, devastating tsunami. We should be very, very proud of the job done by the U. S. and Australian Navies in providing immediate assistance to the victims. Believe me, stories from those crews would make you never again doubt the good we do.
Posted by K T Cat at 6:49 AM

Excellent! If we had listened to the military from the beginning we would be OUT of Iraq already. I love President Bush, but he is getting too wimpy and too tolerant for me these days.

The beauty of blogging, we all become pundits.

I am interpreting your reply to be sarcastic, but in fact it is quite true.

I know a lot about the Navy and how we helped after the tsunami. I also know a lot about PR and reporting and how the media was busy returning library books, cleaning the kitchen or filing their nails when it came time to report on the great work our sailors and marines did.

Yes, Jack, we all become pundits. Primarily because we know what we're talking about.

It simply amazes me how the MSM refuses to publish anything remotely positive and uplifting these days. I have an uncle who's a reporter for a local paper. I asked him once why the media never reports all the good things that happen in the World. His response?

How would they know? They never print any!!

I agree completely! The media is terrible! I wish they'd stop trying to make this person or that person look bad and try to see some of the things that are right!

WE are the media now. If you don't like what's being publicized, then do something about it.