Progress on the MGB

Much of the last two days has been spent getting ready to assemble the engine. Today I used a sandblaster for the first time as I cleaned the corrosion off of various engine parts. That was loads of fun!

Today I finally got the engine mounted on the engine stand and began the reassembly process. 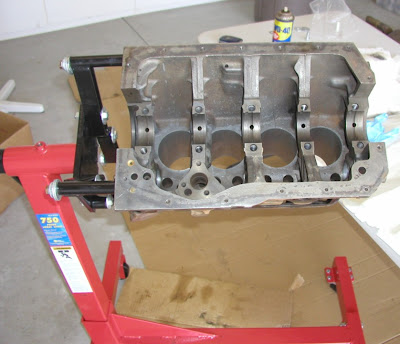 The empty engine block mounted on the engine stand.
I just finished installing the crankshaft which went in pretty smoothly. Here's what it looks like now. 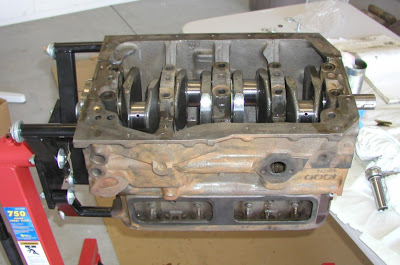 I've got to run off to soccer practice now, but tomorrow I should make big progress as I won't have to leave to run errands and pick up parts.