President Bush recently gave his State of the Union speech. It's been analyzed all over the web. A crucial subject has yet to be touched, probably because it's so divisive and inflammatory.

Bauxite independence for the United States.

Bauxite.
Bauxite is used to make aluminum. As more Americans lapse into middle age, they reach for cans of Diet Coke in the hopes of dieting their ways back to slender, youthful bodies. Those cans are made from aluminum and the best way to create aluminum is from bauxite. However, as the Mineral Information Institute tells us, the United States is dependent on foreign sources of bauxite for those diet coke cans.

Australia has huge reserves of bauxite, and produces over 40% of the world’s ore. Brazil, Guinea, and Jamaica are important producers, with lesser production from about 20 other countries. The United States’ production, which was important 100 years ago, is now negligible. 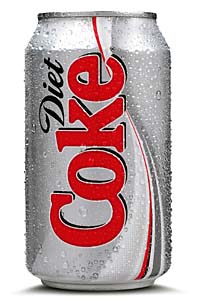 Our way of life is threatened by foreign bauxite suppliers.
Our dependence on foreign bauxite hamstrings our national security. Imported bauxite accounts for some of our trade deficit, with much of that money going to regimes we would never choose to subsidize. Rogue nations like Australia, Brazil, Guinea and Jamaica take our money and use it to fund efforts to subvert our interests by creating superior beer, excellent coffee, guinea pigs and cool reggae music.

The President in his speech and the Democrats in their response failed to address this crucial issue. We need a national strategy to create alternative sources of aluminum through massive government spending on academic research and subsidies to aluminum producers who look for alternatives.

If you're in favor of blowing billions of dollars on hopeless efforts to find substitutes for commodities insufficiently found in the U. S. in order to avoid sending money to a couple of psychotic heads of state whose regimes could be taken out relatively easily, then I leave you with a summation by C. S. Lewis from his novel, The Voyage of the Dawn Treader

One day the cat got into the dairy and twenty of them were at work moving all the milk out; no one thought of moving the cat.

Clearly its time to invade Australia. ;) I'm certain they'd great us as liberaters with the shrimp and beer.

For another take on the the state of the union check out this piece of satire. The first 2/3 are the standard Bush is a fool sort of thing, but the Democratic response at the end is a fantastic skewering of Hillary and Obama.

Oh my god, there's a lot of useful information in this post!