Could Gregor Mendel Have Been an Iroquois?

This is a continuation of my posts about my daughter's social studies textbooks which endlessly trash the Europeans for being oppressive pig-dogs, but never mention just how they achieved so much more than their contemporaries. The American Indians are the current victims being studied.

Just how was it that technological advancement escaped them? Why did Gregor Mendel, the father of modern biology, live as an Augustinian priest and not an Iroquois? What follows is supposition based on some small research. I'm open to correction in the comments.

First off, the Iroquois were essentially communists. That's not a perjorative statement at all. In fact, their communal support of each other was the envy of the European settlers during times of famine. The Iroquois shared what they had much better than the settlers. However, being collective in nature, they expected each person to fill their role. Men did all things related to the forest and women did all things related to the field and family. Mendel would never have gotten off the ground. 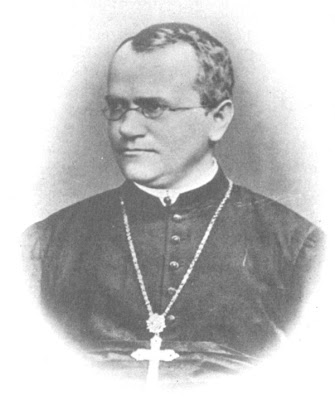 Gregor Mendel, heap big researcher. Many moons pass while pea plants grow. Mendel find that pea colors inherited. Mendel waste much time while Iroquois braves wonder when he's going leave pea plants with squaw and join hunt in forest.
Gregor Mendel fiddling around with his pea plants would have been pressured to get out there and hunt with the rest. His work was independent and unusual. It required a society that valued individuality and could not have been done in a collective environment. Mendel had an infrastructure around him in the form of the Catholic church that gave him the freedom to research and study and valued his acquisition of knowledge. By the same token, that infrastructure was willing to support the alchemists of the time who were looking to transmute lead into gold. Research, being by it's very nature filled with the risk of failure, would not have been suffered by the Iroquois.

There are other, obvious reasons for Mendel not being an Iroquois. The lack of a written language makes scientific research impossible. That lack of a written language comes from a lack of a need for one. I would suggest that comes from their societal structure. If the guys all get together in the morning and go out to whack deer and the women all head for the fields with their kids in tow, what do you need with writing? As far as I recall, math and writing came from commerce. What need is there for commerce when everyone is working together on the same projects?

I suppose the Iroquois could have developed Gantt charts to track their progress, but even the Iroquois knew enough to avoid Microsoft Project. The next thing you know, they would have all been going to Lean Six Sigma training. I think we're all glad that didn't happen. We would have missed out on all the good things the Iroquois accomplished.
Posted by K T Cat at 6:35 AM

You need to read Guns, Germs and Steel. And maybe get off the persecution complex a bit.

Hi! Thanks for the suggestion. I read that book. I also read "Rats, Lice and History." Both were quite good.

I wish our social studies had a bit more business case analysis in it. It could be pretty interesting.

Here's a very nice critique of some of the concepts missing from the otherwise well done "Guns, Germs and Steel." An excerpt:

If guns are a necessary component, all the "many examples" must involve Europe's conquest of other lands, so we can't disentangle the technological "facts" from the philosophical or religious ones. The best non-European example is China, which did have gunpowder but didn't think it necessary to use it to conquer other lands. Instead, the Chinese rulers were largely content to stay within their borders, deeming their kingdom "divine" as it was.

There's more to the world than guns, germs and steel. There are economic systems and underlying philosophies as well.

KT,
enjoyed the link. Thanks.

This is probably heresy and controversial, but the more I think about it, the less I agree with Guns, Germs and Steel. I also read What Went Wrong by Bernard Lewis. In it, Lewis details the decline of the Moslem world compared to the Europeans.

GGS is almost an apologetic for the losing civilizations, making excuses for them that don't always work. Another way to look at this is to see how the different European societies competed with each other, who won and why.

That's what is missing from our social studies today and it's one of the things that deserves the most attention.

Hey, K T....I dropped in to toss a few cents regarding the Iroquois and darned if something shiny didn't just steal the cogency from the thought.....

You and the Rev gave me another "out there" thought. For all the "White Man Haters" who don't understand that as a species, we have a "tendency" to conquer....no judgement in thet statement....an interrogatory:

If, the Moslem World had the same curiosity as the Europeans....and had kept on track as the dominating force.....

Would my Amerind Brothers have been better off in the alternate history of a New World under Sharia Law?

Wollf, I had never thought of that.

You are a grade-A imbecile.

Oh, now I remember.....Hey Jesse. It really annoys me when people call my friends names on their blogs.

If you disagree....explain your point intelligently. If you can't, please kindly shut the f`-k up.

Wollf, thanks for having my back. Pharyngula is a blog that posts some great octopus pictures. I got there from the Friday Ark. I clicked around a little and found that they have a rabid hatred of Intelligent Design. I asked, "Why?" and go an earful of name calling and abuse. I politely excused myself.

I got over a hundred hits from those two comments.

I don't care one way or another about Intelligent Design. I just thought it was kind of innocuous and didn't warrant such flaming hatred. That's why I was called those names.

The biology of the ADD mind? I have an idea.

I kind of thought the same thing. Since I didn't go back to hear the screaming, it didn't really affect me negatively at all.

If you want the link, drop me an email.

If you doubt this is possible, how is it there are PYGMIES + DWARFS??"