In today's Wall Street Journal, there's an article about some energy bill or another. In typical Washington fashion, it's filled with tax code changes designed to poke and prod American companies into doing something the government wants them to do.

House Democrats appear ready to pass a bill that would raise $21 billion in taxes, mainly from oil companies, and impose a new mandate for utilities to use renewable fuels

Out come the carrots and sticks to beat and tempt American energy firms into doing something the market has yet to reward. Like that's going to work. $21B is exactly what percentage of the gross income of, say, Exxon? Let's see here, according to Exxon's annual earnings statement, they had a gross income of about $366B last year. The $21B is spread over 10 years, so if applied only to Exxon, it amounts to about a 0.6% charge on them. 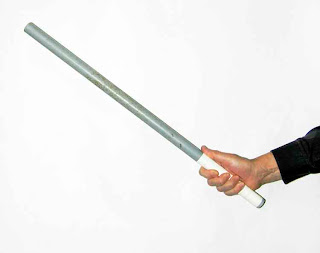 Boo! Tax hikes!
But wait, there's more! There's also "a mandate that utilities get 15% of their electricity from renewable sources such as solar power." And the reason the market hasn't yet led us to that state of affairs is...what? Maybe something like it doesn't pay to do it?

So what will we do with the tax money?

The money would be shifted to extend investment-tax credits for solar energy and fuel cells. It also would be used to finance renewable energy bonds, to help new companies market new forms of cleaner energy.

So let me see if I get this right. We're going to pay companies to tell us that they've got electricity for sale and it comes from clean sources? Why does anyone think that marketing such a product is so difficult it needs government intervention?

Yay! Tax credits!
If you ever wonder why your income tax forms are so complicated, look at news stories like this one. The government is constantly trying to poke and prod the market into doing things it doesn't want to do with only the tiniest of sticks and carrots. We've been doing this kind of thing for decades and we still use oil and gas because it makes economic sense. All we've managed to do is make our tax code bloated and annoying.

What a waste of time.

Update: Leslie Carbone has a different angle on the story with the same result.

Local Warming has a different take, with which I agree partially. I have no problems repealing subsidies, but the tax credits for renewables don't work for me.
Posted by K T Cat at 5:48 AM

Thanks for the link.

The 21 billion is to repeal subsidies that the oil and gas industry is getting. I think this makes sense.

The renewable energy portfolio standards include a 4% credit for energy efficiencies. Generally a power company will have an incentive to make its customers use more energy (unless profits are decoupled from production) so the 4% makes sense. The other 11% is likely to happen anyway since a number of states are requiring it. It's kind of a gimme on the national average; however by applying it to individual plants it could prove a hardship in certain cases. Plants do have the option of purchasing renewable energy credits from other providers, so the worst case scenario sees slight rate increases passed on to consumers.

This goes counter to every piece of marketing I have seen from SDG&E in the past decade as they try to avoid brownouts and blackouts.

Shannon, thanks for stopping by. Unless Company "A" is purchasing credits from Company "B" at odds in favor of "the green" (like in Vegas!), what's the real net benefit? Isn't that conceding a holding pattern instead of a reversal?

Well, if the local energy company is try to get rid of business, and has been doing for the last decade, I wouldn't be buying any of their shares. That sounds like they haven't invested in any infrastructure for way too long.

I don't agree with subsidies generally, so fully back the removal of them from oil companies. Some how I can't see the likes of GW (Arbusto et al), Cheney (Halliburton)and Rice (Exxon-Mobil) going all libertarian and endorsing this measure though.

If subsidies must be paid, it seems to me that the US is best to pay it to people who are producing energy locally rather than to people who use the money to import it. It might help balance out that current account problem we were discussing the other day.

aon, I admit I haven't researched this, but I would bet that the power companies are operating at near capacity levels with very little chance for increasing their output. If that's the case, then it's natural for them to encourage conservation since failures in the power grid would seem to cost them substantially in capital equipment replacement.

If they're operating at capacity, then it does them no good to encourage people to increase consumption.

As for subsidies, we've been doing that for a long time with very little result. When costs for raw materials such as oil become high enough, the renewables will be adopted. Until then, I think this just gums up the tax code and distorts the market.

Well if they're at capacity, in a free market I would assume the next logical step would be to get rid of all the "Mom and Pop" customers who cost more to send elcetrickery to and concentrate on the big customers like armament producers and steel works. Get the profit margin up. Of course that doesn't help the domestic consumer, but hey, they've had it pretty good for a decade now. If they don't like a free market they can always go live in Russia or China or somewhere.

Mind you, if the local electric company was to get some of these subsidies that are being taken off the oil companies and use them to produce local sustainable energy sources they might be able to afford to put a few households back on the supply route.

And how does this "gum up the tax codes"? Surely if the oil companies find there is one less subsidy they can claim, that will make it easier for them to fill out their tax return? Or do you have oil company shares that allow you to claim part of this subsidy? And if so wouldn't you like to save some time in filling out the forms (ie ungumming) to claim money off every US taxpayer so that you can import oil from the Middle East, further weakening the balance of payments?

The problem I see is that if the taxpayer (ie almost everyone) pays oil companies to import oil then even the guys that ride bikes to work and do whatever else they can to avoid overseas debt have their efforts nullified by the government.

No, I'm not a hippy, but I can see where parts of the world have gone mad.

You are absolutely right about removing subsidies not gumming up the tax code. It makes things better. It's the tax credits for the others that bugs me.