On Missing The Mormon Forest For The Trees

A while back I posted a bit about my thoughts on Mormons. It was an attempt to discuss discoveries of my own bigotry, but it came out too harsh against the Mormons, so I took it down and now I'm taking another run at the topic.

The Old Testament is not a perfect historical document, nor is it tuned to the sensibilities of 2012. In an argument about slavery over at Egnorance, I was confronted with biblical verses about slavery, marriage rights, child abuse and so on. I know of these, but they don't bother me as a Catholic. Further, I don't feel the need to look into why they're not important. I've read plenty of Catholic thinkers and every major question I've ever had has been answered to the point where it all makes sense.

Having found no glaring mistakes, I've assumed that other issues have been similarly well-addressed and have moved on to more interesting things like daisies, photography and soccer. Throwing Old Testament verses in my face doesn't do any more to me than statistical chemistry equations. I can't derive them and I may not even understand them, but I've no doubt that trustworthy people have worked them out and I can get on with life.

This brings me to the Mormons.

If you search the web for Mormon archaeology or Mormon biology contradictions, you quickly come to the conclusion that the Book of Mormon has no historical basis at all. This has hung me up forever. How can otherwise wonderful, rational people believe in this nonsense? Elephants in South America? Please. It's ridiculous. The Mormons have spent tons of money and done lots of excellent archaeology in the New World and have found nothing at all to validate Joseph Smith's claims.

Just as I don't bother finding out the Church's positions on Old Testament teachings, who's to say they don't simply punt on their stuff as well and just go back to what is relevant to them - behavioral and moral issues. Every Mormon I can think of from my own life has been a wonderful person - moral, hard working and a good friend. If they were Catholic, I'd be pointing to them as exemplars of our faith. My issues with Mormons aren't real, they're theoretical. I need to get over them. 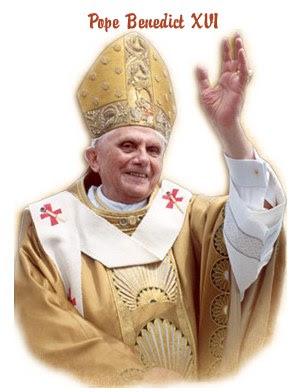 I still think they'd be better off on the side with the cool hats.
Posted by K T Cat at 12:38 PM

Thank you for the clarification. Yeah, I found it to be a little harsh when I read it myself.

The essence of both arguments is that it's all about faith. When people say "prove it" or "but I found a web site that says..." my response is pretty basic. I tell them, it's all about faith. I can't argue you into having faith and no amount of logic, evidence or web sites will give you faith.

As for what you can't get past, remember that there are a lot of very well educated members of each of our faiths and both sides can make well-reasoned arguments regarding any so-called difficulties. I've known plenty of truly brilliant Catholics, Mormons, Atheists, Muslims, and so forth. When we fall into the trap of "to believe ____ they must be stupid" we've placed ourselves on a pedestal and dismissed whoever the ___ is. That's what most so-called intellectuals do to anyone of faith.

When we fall into the trap of "to believe ____ they must be stupid" we've placed ourselves on a pedestal and dismissed whoever the ___ is.

KT, as an aside: Four years ago, Mitt Romney made his brilliant "Religion in America" speech that went largely ignored by the press.

It blew the doors off of Obama's much-hyped but entirely condescending and pedestrian "Race in America" speech.

Unfortunately, years from now it will be Obama's speech we will find in the history books.

Sorry, Dean, I'm going to need big doses of Pepto before reading or watching anything by Romney.