Demonyc Probably Believes In The Landscape

From an NYT article on Mormons comes this lovely bit of self-regard.

demonyc - If other Chrstians and Christianists look at Mormons swallowing those stories about viewing stones and tablets and all the rest of it, I wonder if there's a batsqueak of self recognition that their own beliefs came to them from the same technique; indoctrination, peer pressure, and fear of not conforming to an enveloping culture. 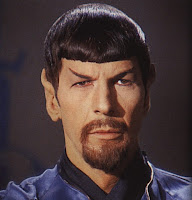 Because science is, you know, so science-y and logical and not prone at all to peer pressure and conformity.

(T)his has created a sort of sense of denial about the facts about the theory. The theory is going to win, and physicists who are trying to deny what's going on are going to lose.

The Landscape, in case you didn't know, is a belief that says we all live in a pocket-universe that ... oh I give up. Here it is in all it's glory.

Theory 2: String Landscape. The laws of physics and initial conditions of the universe are chosen at random from among 10^500 possibilities, only a vanishingly small fraction of which (probably no more than one in 10^120) can support life. The universe we observe, which is infinite in extent and may contain regions where the laws of physics differ, is one of an infinite number of causally disconnected “pocket universes“ which spontaneously form from quantum fluctuations in the vacuum of parent universes, a process which has been occurring for an infinite time in the past and will continue in the future, time without end.