The California legislature has not yet made the intellectual leap required of it.

Unfunded public pension liabilities, which a Pew Center on the States report calculates is now as high as $1 trillion nationwide, threaten to bankrupt states that fail to address this ticking fiscal time bomb. But in California, which has an unimaginable $500 billion public pension problem and became the object of national ridicule for outrageous pension abuses in Bell, state lawmakers still couldn’t bring themselves to pass legislation preventing highly paid government employees from using unused vacation and sick days accumulated during their last year on the job to pad their life-long pensions.

The use of leave days is pretty mild stuff compared to the monstrous unfunded liability that's out there, but they can't yet manage to remove even that. They've not yet woken up to the fact that their temporary fantasy world of rights, benefits and entitlements is coming to an end. Their fictional world lasted only as long as the borrowing continued and now that it's winding down, they will have to change the way they see reality. That's going to be a very slow and painful process for many of them (and us). 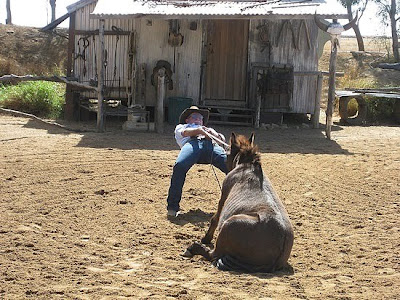