Let us first agree upon this. When you combine vinegar and baking soda, a chemical reaction will occur without fail.


With that in mind, let us continue.

In our previous discussions with atheist commenters on various posts, we were rightfully accused of being faith-based. "You have no proof that God exists! You are arbitrary!" True enough. The content of the comparative argument, however, fails for everyone save the nihilist atheist, the ones that believe nothing has any meaning at all. Both the atheist and I hold illogical positions and make decisions based on faith rather than reason. The difference is where in the sequence of logic that we do these things.

Here is my sequence:

Here is the sequence of the science-based, non-nihilist atheist:

We know that we are made up of matter and energy. At some scale, matter is composed of atoms and molecules. These atoms and molecules react in known ways and without variation. The baking soda and vinegar above cannot choose not to react. Similarly, the molecules that make up the outer layer of the eye of a Paracheirodon innesi behave in ways consistent with the laws of chemistry and without choice or option. That they are part of a neon tetra is an arbitrary choice of scale on our part. They are simply molecules bound to other molecules. When the proper conditions arise, they will react according to their nature. 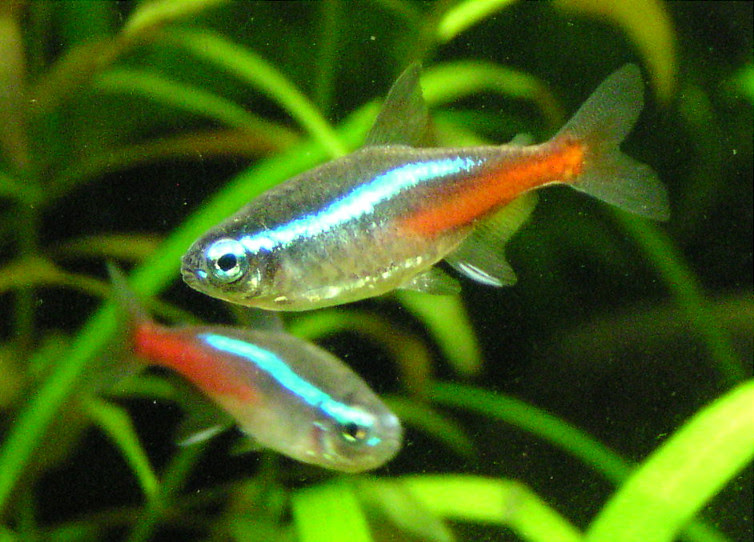 I chose P. innesi as an example because I think they're pretty.
In the absence of God and at the proper choice of scale, our concept of "life" is nonsense. P. innesi is no more alive than a doorknob as both are simply collections of molecules bound together in a certain way. We have chosen to classify things one way or another because it suited us. Even that choice is illusory since we ourselves are made up of molecules whose behavior is known. Consciousness, free will and choice are all as much fantasy as the Easter Bunny*.

Save for the nihilist who understands that in a Universe without God, all meaning is arbitrarily assigned, the only difference in logic between the atheist and the theist is where in the sequence shown above we throw "proof" out the window. Is it at the beginning where I say "Jesus Christ was the son of God" or is it somewhere in the middle where the atheist says "I am alive?"

Who cares? Both constructs are equally invalid in a world of hard, cold reason. At least my side gets to wear the cool hats. I've always wished that the St. Louis Cardinals wore these even for one game.
* - I threw in the Easter Bunny as a special treat for any militant atheist that stops by because many of them seem to like him. They mention him all the time in lists of things they don't believe in because there is no proof. I can understand why they like him, though. He's fuzzy and cuddly and gives you yummy things to eat.
Posted by K T Cat at 5:39 AM

In all seriousness, you're absolutely right. I was into the baking soda / vinegar thing for my Momma Daisy vs. Scale posts, so that's where my head was. It made this post easier to write.

My point is that at the subcomponent level (subatomic particles, atoms, molecules, etc.) there is no such thing as "life" or "consciousness" or "free will." It does not follow that systems constructed from such components have characteristics not derived from those subcomponents. Like the Easter Bunny, it is magically inserted at some level without anything more than giving it a definition.

My point is that at the subcomponent level (subatomic particles, atoms, molecules, etc.) there is no such thing as "life" or "consciousness" or "free will."

Can you actually prove life (much less consciousness or free will) actually exists? Can you show me that proof?

"My point is that at the subcomponent level (subatomic particles, atoms, molecules, etc.) there is no such thing as "life" or "consciousness" or "free will." "

Well, life is a process, not a substance. If we look at the individual atoms in a car can we conclude that there is no such thing as driving? I suppose if we look at the atoms in my old Fiat, perhaps we could...

Not me. I neither agree or disagree with his post. I always proudly sign my own name.

"Well, life is a process, not a substance." That process is nothing more than a chain of chemical reactions, reactions that occur because of molecular distances and electron shell energy states. There is no free will or choice in any of it. In order to obtain "consciousness" or "free will," you have to magically insert it at some point with no more proof of its existence than a theist has of God's.

"There is no free will"

Consciousness is at it's core wrapped in the processes of the brain, and the brains thoughts. At inception the initialization of a thought happens at a quantum level (the firing or not firing of a neuron), meaning it is not at all deterministic.

Dawkins (I think) argues that because the Universe is so massive and so complex, God has to be hopelessly complex in order to manage it and therefore He cannot exist. You argue that you have Free Will and Consciousness which allows you to manage your molecular interactions at the subatomic particle level.

It's a good thing you have Science on your side, otherwise I'd suspect you believed in the Easter Bunny.