The Rise and Fall of Bear Stearns

At the suggestion of my father*, I recently read Alan Greenberg's Rise and Fall of Bear Stearns. Mr. Greenberg rose through the ranks at Bear Stearns to go from peon to CEO over several decades. His book chronicles the changes in Bear Stearns, but indirectly and unintentionally chronicles the evolution of the financial industry from a means of investing in good companies to a gambling den that beats anything Atlantic City has to offer.

Midway through the book, I found that I despised Alan Greenberg. He is the quintessential greedy banker. Nothing has value to him and all that matters is making more and more money. Even the money loses meaning as money after a while and it becomes just a pile of poker chips. In reality, money represents value created through human labor. $20 is equivalent to two grown men working for an hour on your landscaping, a point seeminly lost on Mr. Greenberg. When he found a new financial instrument that allowed Bear Stearns to reap more profits, those profits were just numbers in an adding machine. Contact with the real world was lost as time went on. 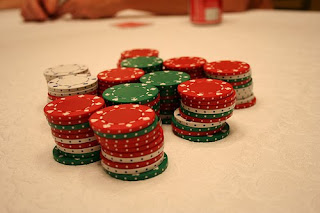 Yay! Now we have more!
During Mr. Greenberg's tenure, investment vehicles became weirder and weirder as the financial industry went through a revolutionary period akin to the Industrial Revolution. Discoveries were made every year - new ways to make money doing essentially the same thing - investing in companies that actually did something. The investment banks and investors did nothing new, they simply found new ways to squeeze a few more dollars out of the same thing. It's only in passing that Mr. Greenberg mentions mortgage-backed securities. He spends a little time mumbling about the lack of transparency in the things, but by then he's dedicated his book to blaming his successor for the fall of Bear Stearns, a fellow who had previously written a book blaming him.

Throughout the book, Greenberg proudly talks about his trading strategies. It's all about avoiding losses so he can maximize profits. He rarely talks about his investments in real terms. That is, the investments are just financial transactions where he scrapes off his fee, they aren't vehicles for helping companies build homes, factories, or consumer goods. It's all just a pile of poker chips and he'll dump you as fast as he picked you up.

In the end, the evolution of the financial industry contributed greatly to this mess. They relentlessly explored new ways of investing in companies and their only metric for success were their fees. The investment industry became farther and farther removed from its real world purpose - raising money for people to do things. Mr. Greenberg wants us to believe that his reckless and rude successor was the one who destroyed Bear Stearns, but the truth of the matter is that the financial industry had been juggling chainsaws all along. It was just a matter of time before they tried one too many and the whole thing came crashing down. 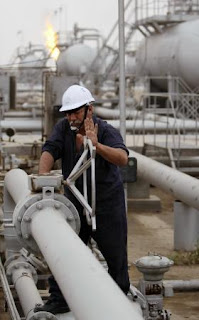 If I was going to reform the financial industry, I would require them to work as laborers one year out of every five so that they never lost touch with reality. I'd do the same thing with politicians. Our $1.5T deficit came from a political mentality equivalent to the one at Bear Stearns.
* - Time for a little family pride. My dad is one of two truly great men that I have had the good fortune to know in my life. He's done things and learned things that very few others have and his way of looking at the world the reveals his genius.
Posted by K T Cat at 5:56 AM

Humm,
the both wrote books pointing the finger at each other - folks bought those books and they profited. So I guess that won again.

Nice post. I'll try to work it into a link.