Glenn Beck is a Racist

... or so I've been told. We know this, apparently, because the crowd at his "Restoring Honor" rally was predominantly white.

How does this work, exactly?

Glenn put out an invitation for people to come to this rally on his radio and TV show as well as his website. Everyone was invited. If one particular group chose not to show up, we're to conclude that Glenn is a racist? If that's the case, then you have no control at all over whether or not you're a racist since you can't choose who responds to your invitations.

With this logic, if the whites of Selma, Alabama in 1952 chose not to attend an open BBQ hosted by a black family that would make the black family the racists. 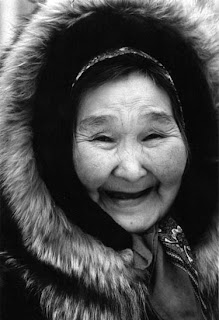 If no Eskimos have ever been to your house for a dinner party, that means you are a racist.
Other Theocraticians blogging about Beck:
Posted by K T Cat at 6:19 AM

Glenn Beck is an actor/entertainer. I don't think he's a racist, but he sometimes may play one on TV when he thinks it will make a good show.

I don't see any reason for mistaking him for being a particularly distinguished thinker, though. Why should we take him any more seriously than his opposite numbers, the actors who act as mouthpieces for far-left causes? He just has figured out what a lot of people want to hear, and he is getting paid to give it to them.

I liked his message, but I didn't find him particularly coherent or focused. Still, you could do a lot worse than tell people that faith is important and that they need to improve themselves. All in all it seemed like a very good thing. How anyone could attack it is beyond me.

Seriously. Chew on that for a while.

And by the way, is that Barney Fwank's Mom you have pictured there? It's the toothless gums that have me wondering...