Greece is Paying the Piper

Der Spiegel has a long story discussing the effects of the Greek government's austerity program. It's not pretty.

This dire prognosis comes even despite Athens' massive efforts to sort out the country's finances. The government's draconian austerity measures have managed to reduce the country's budget deficit by an almost unbelievable 39.7 percent, after previous governments had squandered tax money and falsified statistics for years. The measures have reduced government spending by a total of 10 percent, 4.5 percent more than the EU and International Monetary Fund (IMF) had required.

The problem is that the austerity measures have in the meantime affected every aspect of the country's economy. Purchasing power is dropping, consumption is taking a nosedive and the number of bankruptcies and unemployed are on the rise. The country's gross domestic product shrank by 1.5 percent in the second quarter of this year. Tax revenue, desperately needed in order to consolidate the national finances, has dropped off. A mixture of fear, hopelessness and anger is brewing in Greek society.

Emphasis mine. The problems are not coming despite the austerity program, but because of it. The time frame on that is quite myopic as well. The contraction is the consequence of living beyond their means, not austerity. Blaming austerity is like blaming your hangover on the fact that you stopped drinking. This isn't a bug, it's a primary feature of debt-addicted entities whether it is a person, a family, a company, a state or a nation.

Nikos Meletis is neatly dressed, and his mid-range car is clean and tidy. Meletis used to earn a good living at a shipbuilding company in Perama, a port opposite the island of Salamis. "At the moment, I'm living off my savings," the 54-year-old welder says, standing in front of a silent harbor full of moored ships.

Meletis is a day laborer who used to work up to 300 days a year; this year he has only managed to scrape together 25 days' work so far. That gives him 25 health insurance stamps, when he needs 100 in order to insure himself and his family -- including his wife, who has cancer. "How am I supposed to pay for the hospital?"

I'll bet they now wish the government had acted with compassion instead of vanity all those years. The compassionate thing to have done was to spend only what they brought in. It was pure vanity to swagger about, handing out wads of borrowed money. 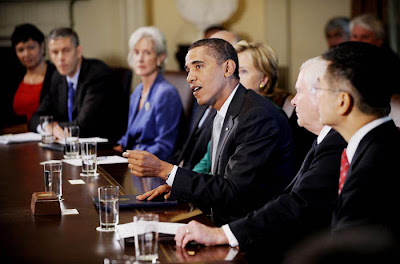 I hadn't thought before of applying the word vanity to obamapelosireid and Dems and lefties in general but it's perfect!
I intend to steal it.