Buried amidst the avalanche of slime coming out of ClimaQuiddick is this gem from NYT ecoblogger Andrew Revkin, writing to Michael "Fake Hockeystick Chart" Mann about skeptical inquiries from Stephen McIntyre.

I'm going to blog on this as it relates to the value of the peer review process and not on the merits of the mcintyre et al attacks.
peer review, for all its imperfections, is where the herky-jerky process of knowledge building happens, would you agree?

Andy doesn't know enough to critique McIntyre's assertions on his own, so he goes to Mann for advice.

Put another way, the reporter was too ignorant to take sides based on his own thoughts and instead let one of the two sides speak through him. That's what we all read in the newspapers and what was reported on TV and radio. Meanwhile, Michael Mann and his cronies had completely purged the peer review circles of any dissent like the KGB used to round up threats to the regime and shoot them. Andy the Wonder Journalist was too lazy, too naive and too compromised to do the real reporting necessary to discover it. 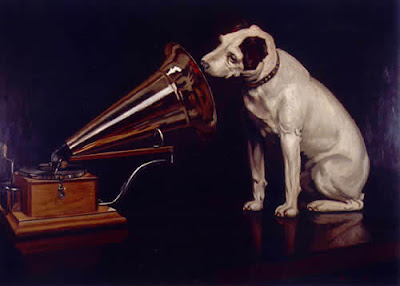 Modern journalism at its finest.
And now, on to Copehnhagen! There's no time to lose!
Posted by K T Cat at 7:00 AM