Global Warming is a Fraud

OK, I'm done. I had some reservations about the extent of the problems with climate modelling and whether or not there were kernels of truth in what the warmists were saying, but I'm totally done now. Dig this.

SCIENTISTS at the University of East Anglia (UEA) have admitted throwing away much of the raw temperature data on which their predictions of global warming are based.

It means that other academics are not able to check basic calculations said to show a long-term rise in temperature over the past 150 years.

The UEA’s Climatic Research Unit (CRU) was forced to reveal the loss following requests for the data under Freedom of Information legislation.

The data were gathered from weather stations around the world and then adjusted to take account of variables in the way they were collected. The revised figures were kept, but the originals — stored on paper and magnetic tape — were dumped to save space when the CRU moved to a new building.

This is complete nonsense. The data could have been transcribed into computer files by grad students at $12 an hour and saved. In fact, they had to do that anyway to get the data into their models to adjust it in the first place! This is all lies! You never throw away your original data. 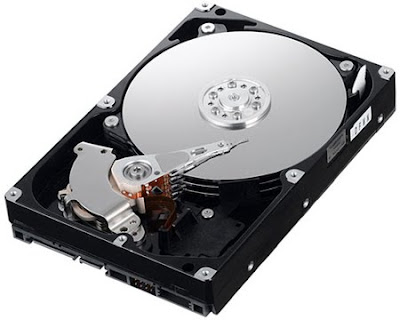 One hard drive and a few grad students and you could have saved all of the original data upon which the global economy is being "adjusted". Nope, can't afford that!
I can't think of an analogy here. That's because we've never tried to "adjust" all of human civilization across the entire planet based on models whose foundational raw data was thrown out. These people are psychotics. This is madness.

The cult's leaders are self-appointed, messianic persons who claim to have a special mission in life. For example, the flying saucer cult leaders claim that people from outer space have commissioned them to lead people to special places to await a space ship.

Or they're flat out lying, and they just destroyed it after the FOIA request came out. Like they said they would.

Does the UK recognize "destruction of gov't property" as a nice, juicy crime?

I never throw away any data. Sometimes disks crash or other things cause it to go away, but intentionally destroy? Never.

On the other hand, as a government employee, who only does what he's paid to do, I sorta understand how they might have done so. I have had data that has simply been left behind on media that is no longer readable.

And who remembers the story about the Apollo moon landings and how NASA had overwritten the original films of the first ever moon walk? No reason to keep that stuff was there? Strange stuff happens.

I've said it before and I'll say it again. As a conservative, I am worried about the experiment we are doing on the atmosphere. I don't know what will happen. But I am in favor having the absolute minimum impact.

It's very interesting watching the coverage of this story. Fox has had it running since it broke, however the other media outlets seem to be ignoring it. In today's UT, there were at least two stories and one editorial about global warming, but nothing about the trumped up science behind it.

I can just hear my grandfather-- a true king of all trades, everything he touched he not only figured out how to do, but how to do it well-- listening to a run down from a global warming activist, and saying something to the effect of:

"So... you want to make it cheaper and easier to keep houses warm in winter, cool in summer, lower their power bill, make it so they don't have to use as much gas to go as far, and the only way you can get anyone to take it is to tell them the world will end if they don't? Son, you don't need power and influence, you need a salesman. You couldn't sell ice in Death Valley."

Me, I can't help noticing that none of theses folks act like they believe what they're saying-- they still drive their own cars, fly, fly on private jets, eat expensively, oppose nuke power and hide their data.


word verification:
legall-
"their claim that the exact data requested had conveniently been deleted at a date beyond the statue of limitations was an example of legall."
origin: "legal" and "galling."

So hard not to gloat. But I was firmly convinced this was hooey the minute they claimed "consensus" when it didn't exist.

I can think of an analogy.

18 and a half minutes missing from the Nixon tapes.

Hopefully the forces of light will put them ALL in jail this time.