Concentrate on the Important Things

Oh sure, it looks like the entire global warming thing has been a massive hoax perpetrated to keep the flow of tens of millions of research dollars going endlessly to the academics and to enrich frauds and hucksters like Al Gore to the point where his bloated carcass is worth more than a hundred mil, but let's get serious for a moment. What really matters is Michelle Obama's gown. 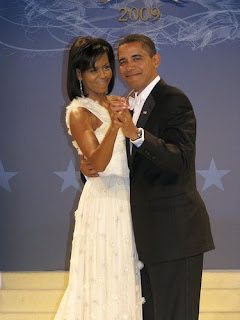 Sparkly things distract people.
Oops! Maybe the people aren't so distracted. Here are a few comments from the ABC News story I linked to yesterday about global warming hurting women the most.

Apparently the author hasn't kept up with the crumbling foundation of Global Warming THEORY. And doesn't seem to be aware of a huge scandal at the heart of Global Warming central, where it is revealed that the "science" is a lie, and peer review a joke.
...
Yes, I too am surprised that apparently Ria doesn't know or is ignoring the recent headline about the computer hack that revealed documents and emails PROVING scientists conspired to alter "warming evidence" to make it seem as if there actually were "climate change." They were very frustrated that the evidence didn't substantiate their "theories", and schemed FOR YEARS to keep this evidence from ever surfacing.
...
Stella, you're my hero. I love your comments.

Didja know Al Gore was worth 2 million dollars when he left the white house? Now he is worth about 100 million, earned from his Climate Change crap. He's in it for the money and knows very well there is no climate change other than the natural cycles this planet goes through
...
The science of global warming is nothing more than consensus of Liberal Professors who skew the data to fit the paradigm the want to espouse. Follow the money and look at the political outcome to enhance their own power, wealth, and aggrandizement
...
There is No man made climate change. Read the recently hacked emails from uk. Its all a fraud

And then there is the all-time, best ever, Hall of Fame comment in this thread:

Women will suffer alright! With all that heat, there will not be a need to cuddle after sex

Booyah! Here is the runner-up:

Big surprise here. As the farce known as global climate change steadily unwinds it's time to pull out all the stops. Here's the gender card, race card soon to follow.

I really, really want to get with the program here, but help me understand "strapless". Looks like it has a massive strap over her right shoulder. What am I not understanding? Otherwise the dress is absolutely stunning and a great help to me as I struggle through my miserable existence.

Jeff, that was a photo from a while back. It was the only one I could find that seemed appropriate and was free to reuse. Sorry for the confusion.

It's kind of sad, Mrs. Obama finally looked *nice*-- even the Anchoress noted it!

Maybe there's hope that Barry will start to listen to some good protocol folks?

word verification:
Refterra
one of the alternate earths in DC's continuity, which has an oddly high number of libraries.