... is easy. Just ask her which Supreme Court case other than Roe v. Wade that she disagrees with. I'm sure that you, like me, have at least a dozen on the tips of your tongue. ABC News, a bastion of righteousness within the unimpeachable MSM, pointed out that Katie Couric stumped Sarah Palin in an article about whether or not Sarah Palin thought Obama was qualified to be Commander-in-Chief.

Katie Couric, the CBS News anchor who recently stumped the Alaska governor by asking her to name a Supreme Court case other than Roe v. Wade with which she disagrees.

You can see the tie-in with the role of C-in-C, can't you? I sure can.

Had Joe Biden been asked this question, he might have replied that he disagreed with the Supreme Court's decision on Miller v. The Dallas Cowboys where the Supreme Court held that it was illegal to keep Bengal Tigers in suspended animation while piloting a DC-3.

That reply would have been instantly held up as an example of Joe Biden's commanding grasp of the facts and everyone in the MSM would have stood up and cheered. 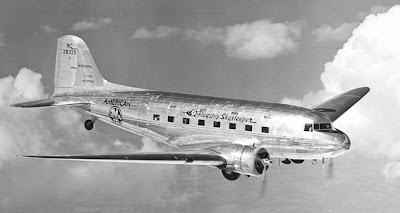 Nope. No Bengal Tigers in suspended animation here!
Posted by K T Cat at 10:43 AM

Actually she answered this - rather well - on with Carl Cameron (I think) yesterday - she metioned the decision to deny a state the right to set the death penalty in repeated child rape cases - the eminent domain case, the Exxon Valdez case...

She also answered the 'what do you read?' questions, says she was irritated by the tone of the question and answered 'flippantly' - said she reads the same thing everyone else reads, NYTimes, WSJ, the Economist, said it's not like it was implied that up there in Alaska you don't even know what a newspaper is, for crying out loud...

She needs to get out there and do a thousand interviews so they can't keep harping on one or two edited snippets from the Obama Press Corp (CNN, NSNBC, Kaite Couric, Campbell Brown Wolf Blitzer, Olberman, Matthews et al (et ALL)).

Clone her and put her out there - everywhere - she has a message of pride in hard work, pride in our country, positive and affirmative and unlike anything Obama can come up with with his victim mentality and cry poor, downtrodden sour outlook, the only way he can win.

Oh please. She will never be able to keep up with the loquacious Joe Biden who will no doubt speak vigorously in the near future about the Founding Fathers deep and abiding love for beekeepers.

Candidates need their own "gotcha" questions... when asked "what paper do you read?", they should respond, "the one in 10-over-12 garmond typeface. You _do_ know who holds the patent on that process, don't you Katie?"

I am still waiting for Katie to ask Barack about the 110 MILLION DOLLARS in grant monies he p-ssed away with Ayres.

Now then I would have to revise my opinion of Katie.