A Quick Commentary on Atlas Shrugged

After reading a post by the Instawife asking if it was time for the productive people of the US to "go John Galt", I picked up an audio copy of the book referenced in that post, Ayn Rand's Atlas Shrugged.

I'm about a quarter of the way through the book and already it's made me see the world in a different way. I now understand the people who said reading it changed their lives. Having said that, I don't completely agree with the idea of going John Galt.

Barack Obama is a parasite. He is encouraging more of us to become parasites, too. For example, Barack has never worked in an oil field. He has never worked in the companies that make deep water drilling rigs, specialized drill bits for deep earth drilling, or the ones that make pipelines. Yet his car is always filled with gasoline and the engine lubricated with oil. The oil companies he wants to loot make far less on their invested money than do the companies of his rich, parasite-encouraging contributors like Apple or Google. 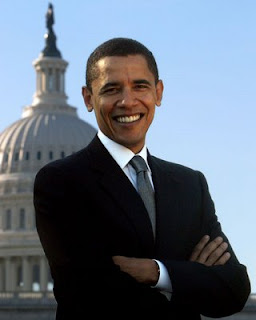 Parasite.
Barack and his friends are perfect examples of the looters described in Ayn Rand's novel. They produce nothing that we use and instead sieze wealth to distribute to yet more people who produce nothing.

There are communities where Atlas Shrugged has been played out perfectly. In Zimbabwe, the looters drove off the white farmers who created the country's wealth and took all of their land and equipment. As individual farms were looted and farmers murdered, farmers who had yet to be attacked went John Galt, packed up and left the country, leaving their farms in the hands of the looters.

In some of our own inner cities, the looter class has similarly driven off productive businesses. In states such as California, a looter government is driving out businesses. Companies would rather go John Galt than stay and have the products of their labor siezed by the government and handed out to parasites.

And yet, going John Galt is an act of defeatism. It's running away from the problem and not confronting it. It's what you do when the parasites become too strong and too numerous to fight. We're not there yet.

If you don't like the Obama concept of spreading the wealth out to the people behind you through soul-rotting forced income redistribution which incubates still more parasites, then do something else with it. If you donate some of your income to organizations like the Concord Coalition, which tries to educate people about our disastrous debt problem, then it is not available to parasites like Obama and is actually used to fight them.

paul, thanks for the cut-and-paste comment. That means a lot to me. I particularly like the fact that you didn't even bother to read my post and instead gave me a generic choice as if I might want either McCain or Obama with equal probability.

Please come back soon and leave more cut-and-paste comments. Do you have any particularly windy descriptions of products to deal with cat dandruff?

One of my favorite scenes in Atlas Shrugged (I slogged through the full paper version) is where d'Aconio(?) describes his copper mining operation after he took control from the experts and turned it over to the people who 'deserved' those good jobs.

The book should be mandatory reading for anybody planning to vote socialist-democrat.

(and i'd just delete the blog spam. 'Paul' isn't coming back to check the comment again.

I wonder how the audiobook version compares with the paper version? It's either 60 hours worth of CDs, or they abridged it a lot. In the book, John Galt's radio speech near the end was *supposed* to be a 2-hour speech (at least, he refers to it as such a couple of times), but it took me about that long to read it, and I read about five times faster than I can talk.
I suppose he could have been rabbiting through it like an auctioneer, but I think it's more likely that Rand just didn't seriously consider how long it takes to speak a sentence.

A lot of the sentiments expressed in his speech make a lot of sense, but it could easily have been made a lot briefer.

I'd extend your comments about Obama being a parasite - politicians, and government in general, have a strong tendency towards parasitism. It's something we have to fight against with *all* candidates.

Tim, it's an unabridged audio book and there are a ton of CDs. It's taking forever to get through and I have to admit I'm fast forwarding through some of it.

I agree with your generalization of the statement of parasitism to almost all politicians. I think that there are some, Newt Gingrich and Fred Thompson, for example, who aren't parasites.

Re: Newt. Contrary to popular opinion, it is the Congress who owns the budget, not the president. All of the yapping about Bush deficits or Clinton surpluses are just wrong. The only Congress to pass a balanced budget in the last 3 decades was Newt's. All the rest, Republican and Democrat alike, were parasites.

Thanks for the link, Dean.

The copper mine scenario is eerily reminiscent of how Chavez is wrecking Venezuela's ability to produce oil today.

Funny story about Atlas Shrugged -
My 7th grade daughter's teacher liked to give 'group assignments' - the kids are all supposed to work together, and the entire group in given the same grade at the end. Well, the usual scenario plays out, every time, some kids do nothing, and some do all the work. My daughter liked to get good grades, so when the others did nothing, she did (ALL) the work.

This became very apparent one day when she had a dentist appt. and wouldn't be in class when the project was to be handed in. But it couldn't be late. So we took it in early, and she gave it to the teacher.

What resulted was an interesting discussion about what was fair.

The teacher wanted the kids to cooperate and share the work load. To her that meant that my daughter should NOT take on the load but should be willing to stand back and let the group fail if it had to. Fair enough.

So I suggested that if that was the case, then that was what she was really being graded on, and she should be given an A, which was hers to lose - ONLY IF she didn't participate. ONLY if she took on the whole job. ONLY if she didn't let them fail. But her grade should not suffer if they did not work.

My Dad then gave my daughter a copy of Atlas Shrugged. She got it.

Not sure what the moral is here. I was impressed that the teacher was willing to think outside the box. Did my daughter learn to let go and let 'em fail? She may have tried. :) But alot of stress was removed.

Rose, you never cease to amaze me in the comments. What a great story. Thanks for sharing it.