When Do They Seek A New Beginning with Us?

President Obama is back over in the Middle East, preaching to the Moslems.

June 4 (Bloomberg) -- President Barack Obama pledged to “seek a new beginning” between the U.S. and the Muslim world, calling for people in both societies to find common ground and end a “cycle of suspicion and discord.”

When will there be a reciprocal visit? Considering that our last several wars have all been fought to defend Moslems, it might be a good idea to ask this question.

I mean, between apologizing for being such a pack of jerks to them, of course. 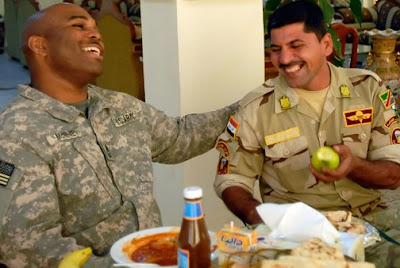 Actually, after perpetrating injustices like these, a new beginning might be in order.
Posted by K T Cat at 9:14 AM