The Administration's Care Bear foreign policy has met up with a grizzly bear in Iran. Here's a view from inside the Middle East on the Cairo speech.

Mr. Obama's June 4 speech in Cairo did not reshape the Islamic landscape. I was in Saudi Arabia when Mr. Obama traveled to Riyadh and Cairo. The earth did not move, life went on as usual. There were countless people puzzled by the presumption of the entire exercise, an outsider walking into sacred matters of their faith. In Saudi Arabia, and in the Arabic commentaries of other lands, there was unease that so complicated an ideological and cultural terrain could be approached with such ease and haste.

Here's the grizzly's reaction to all the rainbows and unicorns offered by the president.

Just imagine what will happen when the Care Bears meet up with a nuclear-armed grizzly. 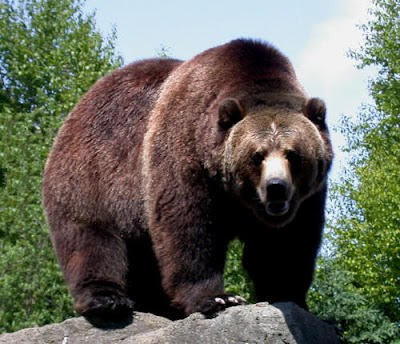