I've got early morning commitments today, so the posting will be sparse until later.

This weekend San Diego got hit by a major winter storm. Tons of rain, high winds and best of all, above average surf. I had a chance on Saturday to go get some photos right before the storm hit. 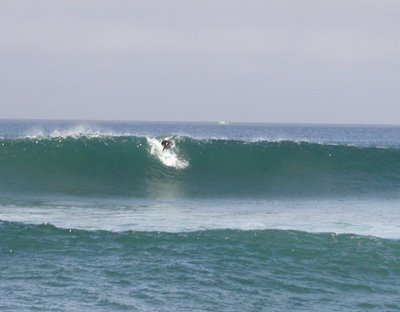 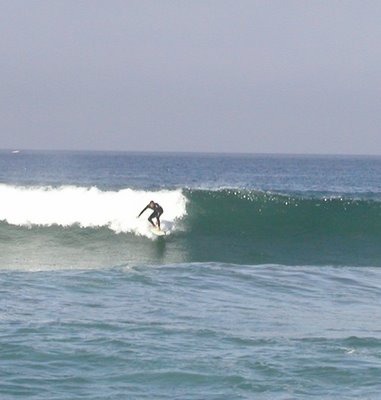 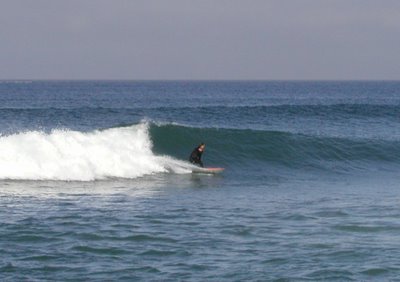 I love my Olympus C-4040 Zoom camera, but I wish I could get a little better optical zoom on it. I hope these photos give you an idea of the scene at Mission Beach this weekend.

There were plenty of chicks in bikinis playing volleyball, but I chose not to photograph them. I would have felt like a pervert.
Posted by K T Cat at 5:13 AM

Cowabunga dude! We don't know what tht means ('cause we's cats) but we hears sufer dudes say it on TV.

I have no sympathy for your "storm." If I were to show you the paparazzi shots taken outside my house just today, you would see 2ft of snow and filthy, dingy snowbanks.