Recently, the state of California has been considering placing a heavy tax on vehicles whose carbon emissions are higher than average in an attempt to stop carbon dioxide-based global warming.

In what could be the simplest explanation for one component of global warming, a new study shows the Sun's radiation has increased by .05 percent per decade since the late 1970s.

This new study needs to be given the prominence it deserves, particularly in the area of public policy. I suggest that the wiccans and pagans in our legislature (particularly those from the San Francisco area) introduce legislation to tax those products that anger the sun god and bring down his increased solar radiation upon us.

Owners of cars like the Honda del Sol would be given tax breaks. 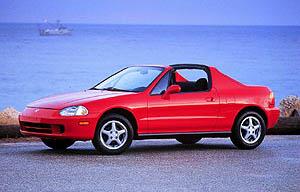 The sun god would like the del Sol. It's a convertible and it's named after him.
Orchestras that perform Eine Kleine Nachtmusik would be heavily taxed. 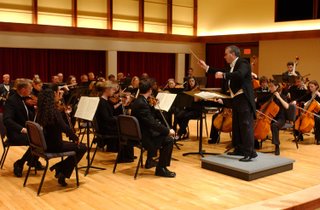 This will anger the sun god! A Little Night Music, performed after dark and indoors. How environmentally irresponsible!
Appeasing the sun god may be our only alternative to warmer days and milder winters. We need to act now!
Posted by K T Cat at 7:05 PM

ok...this was my first visit to you blog and I am cracking up. Pleasing the sun god is great.

Assuming for a moment that Space.com's claim that the sun's solar radiation has increased 0.05% per decade in the last two and a half decades were true, a simple calculation shows that it can account for less than half of the influence of Green House Gases. And when you look at the last 50 years of solar forcing data, there is no trend at all.

I agree totally. We could definitely use some Sun-God worship and sacrifices here in my neck of the woods. We're in the midst of a blizzard. Who mentioned Global Warming?