In preparation for my upcoming Dixie 2021 vacation to Arkansas, Mississippi and Alabama, I broke down and bought the 105mm macro lens I had tested out a while back. My contract ends on Thursday, so I'm sprinting to get things finished and train the kids where I work. I don't want the project to suffer in my absence. That means there's only time for a little play.

I took the 105 out into the garden yesterday, without reading the manual, of course, and blasted away. I liked these two shots particularly. 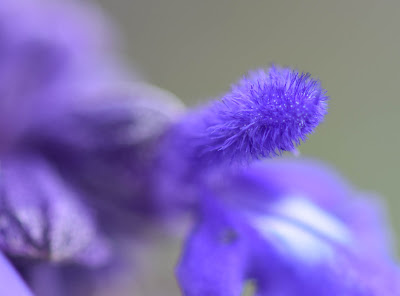 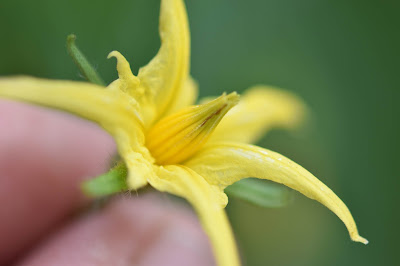 The top one looks like a microphone with one of those fuzzy covers on it. The bottom is a tiny tomato flower. I need to work with the lens a lot more to get comfortable with it, but I think that will happen in Arkansas when I finally have time to breathe.

I also indulged in a brief discussion with some over-educated children on Twitter yesterday. Their position was that it's important to have the "black" perspective when it comes to considering classic literature. I asked them to define "black." I've worked, lived and played with plenty of black people and if you got them all in a room together, you probably couldn't get them to agree on much of anything. I used these four examples and asked them to tell me which one had the "black" perspective.

Neither of my interlocutors had anything to offer because there is nothing to offer. I got no responses to these parting shots.

I am skeptical of your racial generalizations. I maintain that racial classifications are worthless as they give us no useful information. My 4 friends are good examples of that. You have not proven otherwise.

Racial perspectives are a fantasy. You have not proven otherwise.

Ex: My Ivorian friend and I have spent nights drinking where he laughs and tells stories of his Kenyan wife and how different their cultures are.

To you, they all look the same => "black" perspective.

The last one was deliberately nasty as I wanted to slap her in the face with the essence of what she was doing. In the process, I slapped myself in the face with what was happening, logically.

If you tell me someone is a retired Navy Master Chief, I can deduce several things about him. He's a serious, accomplished man. He has seen much of the world. He is a leader of men. He has a blue-collar sophistication and his opinions cannot be regarded lightly. I may or may not agree with his views on Shakespeare, but I'd have to grant that there were a lot of life experiences that formed them.

If you tell me that a man is black, I don't know what to do with it. I've lived long enough and known enough people to say that I can't deduce anything at all from that.

A more concise formulation is that skin color has the wrong dimensions for the Shakespeare analysis equations.

Skin color comes in wombats per hectare and Shakespeare comes in allegories per page. Or something like that. In any case, to make one apply to the other would require a very tortuous set of additional parameters indeed.

Bah. The "black" perspective on classic literature is a meaningless, gibberish equation.

If someone wants to come up with a constant that is in wombats per allegory, I'd love to see it!

Super Happy Plus Number One Epiphany

It just dawned on me that what I've been doing over the last several years on this blog is re-deriving MLK's codification of race relations from first principles. The Left in America has so totally screwed up the culture with their white supremacist witch hunt mania that it takes a great deal of effort to pull myself out of it and see what is real.

"Wombats per allegory"? I love a challenge....

My first thought was: If I sneeze when wombats are around, then that could be measured in Wombats/allergy (really allergies/wombat, but details, details...). Sorta close, but not good enough...

Then after further reflection: Aesop writes allegories about animals, so those could be measured in wombats/allegories.