In Greece, there's a seamen's strike set for Monday.

The Panhellenic Seamen’s Federation (PNO) is going ahead with the rolling strikes that start on Monday, causing severe disruption to maritime transport, following the fruitless talks with Development and Merchant Marine Minister Anna Diamantopoulou and Labor Minister Giorgos Koutroumanis on Saturday.

The Greek economy is contracting at about 6% a year, youth unemployment is at 50% and with this last bailout, it's safe to say they've completely exhausted their remaining goodwill in Europe. Do they roll up their sleeves and get back to whatever work is available? No. They go on strike and whack what's left of the economy as hard as they can.

From their union's point of view, this is probably a good idea since all of the other unions are doing the same. You don't want to unilaterally disarm in the war to defend as much of your graft payoffs salaries as possible against the other jackals feeding off the corpse public employee unions. 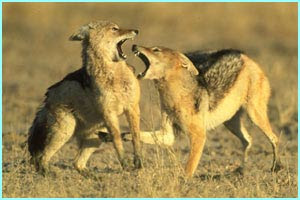 Here, a Greek Seamen's Union official discusses pay cuts with an official from the Greek Public Transportation Employees' Union.
Posted by K T Cat at 7:55 AM