Mike is not the kid's real name. Tallyho. 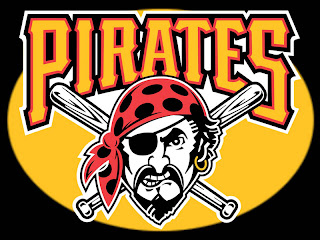 Years ago, I managed my son's Little League team, the Pirates. Everything broke right for me on draft night and the Pirates were stacked. We had a team that was simply loaded with talent. Sure, we had some cannon fodder that I had to pick in the last few rounds of the draft, but every team did. After draft night, I figured we'd go 18-0, we were that good.

I was egotistical about the team. All that mattered to me was winning so I spent my time trying to figure out how to play the cannon fodder as little as possible. In Little League, everyone gets to bat and everyone has to play at least 2 innings in the infield, so I came up with a 3rd base rotation that locked my worst players in a dungeon on the field.

Within two weeks of opening day, two of my pitchers went down. One had a broken arm, the other a broken leg. All of a sudden, my superteam was in super trouble. I needed pitchers in a bad way. I went through all of my neglected kids, looking boys I could teach to pitch. One of the kids I found was Mike.

Mike didn't have a father. No one had ever worked with him before, so while he had above average athleticism, his baseball skills were poor. He was socially awkward. Kind of weird, even. He played, but didn't really enjoy it because he couldn't hit, couldn't field and couldn't throw.

Mike's mom had two other kids. She was obese. She loved her kids, but she couldn't help him with sports. She was a good mother, but had no aptitude for being a dad. Single parents have to play both roles, you know.

Still, I needed a pitcher and there was Mike. I found that he was eager to learn and so I spent money and took annual leave and got him professional pitching lessons. Mike became my version of Orel Hershiser. He never had great stuff, but he could place the ball. He threw strikes and with a good infield behind him, he just mowed down the opposition. He grew to love the game and was accepted by his teammates. His mom was ecstatic. Her little boy was blossoming and she overflowed with gratitude. It was beautiful to be a part of it, even if the genesis was my own selfishness*.

We parted ways after that season. My son and I moved on to a different league and we saw nothing of Mike for a while. About three years later, he turned up in our new league. He was a wreck. No man had taken an interest in him since then. He had no confidence and was weirder than ever. The perfect candidate to end up on drugs.

* - That season changed me. When the two pitchers went down, it became obvious to me that I had viewed my cannon fodder as just that. It made me sick and I never did that again.
Posted by K T Cat at 5:42 AM

I coached my son's middle school team the last 3 years. They were never really good. But they always had some real feel good wins. A 1-0 win to an undefeated team, in extra innings, things like that.
Last years team consisted of 3 good players, 4 pretty good players, 4 so-so players, and one who'd never played before.
They played as a team, had fun, and made the new player the MVP, when he made a good play that helped them win. The good players helped the lesser, and did anything they were asked, pitching even though they weren't pitchers. No one selfish, and I moved everyone around to different positions. It wasn't completely even, but fairly close.

Nothing is a simultaneously frustrating and rewarding as coaching youth-level leagues.

I was blessed to have good to great coaches.

You never know what sort of impact you will have on the kids on the team.

Before practice, even if I'm dressing casually, I check my personal appearance like I would before a date. The vast majority of the kids are craving competent leadership from their coaches.

The last part really got to me. It is sad that more women don't appreciate that their sons need responsible fathers.