Dealing With A Coach That Yells

My daughter plays for a club soccer team. Her coach is an East European fellow who used to play professionally and we love him dearly. He clearly wishes he was still out on the field, so when we play games, he can't help but shout out constant suggestions to the girls. 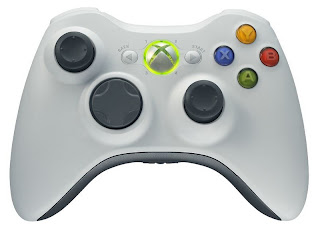 He coaches games like he was playing FIFA 12 and the girls are on the video screen. "Move right! Kick! Cover #12!"
My daughter has had a long, hard road getting where she is in soccer. Up until this last year, she always struggled to make the team and was one of the worst players on the squad. After we discovered Deliberate Practice and started working on individual skills, she's progressed by leaps and bounds until she's at least as good as any other defender out there - defense being her position.

Her self-confidence is lagging behind her skills. As long as no one yells at her, she's a fiend in human form. When she gets yelled at, she becomes a mouse. Her coach doesn't help things. In her last game she played like a ferocious beast for the first 3/4 of the match, then her coach yelled at her twice in succession. From there on out, she was timid.

I don't think this will happen ever again. Here's what we did.

Her coach has a thick accent. He has a couple of speech patterns that he uses over and over again. I've started yelling at her as she does things around the house, imitating him and trying to make her laugh. Like this:

Alexis*! One touch on the door knob! You're opening the door wrong!

Alexis! You're sleeping wrong! Head on the middle of the pillow, the middle!

Alexis! You are making my mother cry, you are so terrible at emptying the dishwasher!

Alexis! The children of my village have all fainted at the sight of that blouse you are wearing!

Alexis! My organs are failing because you cannot find your keys!

And so on. It seems to be working and it's been so much fun that we'll probably be doing it when she's 40. :-)

It sounds like it is quite possible that next time he yells at her, she'll break up laughing. I wonder how he'll react to that?

We've talked about that. We think covering her mouth with her hand and turning away will be advisable.