Universal Preschool - A Band Aid on a Major Wound

Today's WSJ has a page one article on the growing movement to have the government pay for preschool for everyone as a way to overcome the poverty gap.

If it were possible for an idea to be any more stupid, I'd like to hear it.

The poverty gap is tightly bound to the marital status of families. Married, two parent families do well. Single parent families do not. The difference, born out by census statistics with sample sizes of tens of millions, show an income gap of more than $20,000 per year per family. The children from single parent homes do worsein every aspect, usually by large numbers. Child abuse, prison rates, illiteracy, obesity, it's all many times more likely in single parent homes. Which is exactly what anyone with any reasoning power at all would expect.

If you take your family income and cut it in half and take your available adult labor force and cut it in half as happens in a divorce, death or simple illegitimate birth, you're pretty much screwed. Try this experiment where you work. Imagine that half of your budget is gone and half of your workforce has been let go. Do not change your expected output. What happens to the quality of your work? It goes to pieces, right?

What's so hard about this? Apparently everything.

Florida and Oklahoma are among the states that have started providing free preschool for any 4-year-old whose parents want it. Illinois and New York plan to do the same. Hillary Rodham Clinton wants to spend $15 billion over five years on universal preschool funding. Federal Reserve Chairman Ben Bernanke calls preschool one cure for inequality.

It's not a cure for anything, you moron. And is anyone surprised that village idiot Hillary wants to tax and spend? 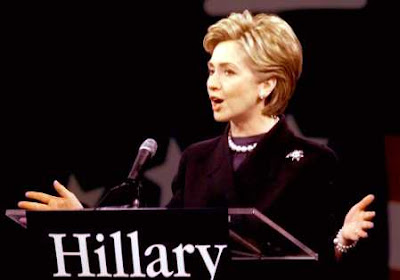 "I am a total freaking idiot. I think universal preschool is a great substitute for parents. After all, It Takes a Village!"
No one wants to tell you that raising kids by yourself is a disadvantage the government can't overcome.

So far, few organizations are pushing the case against preschool, but the argument does exist. Some skeptics predict the hefty return claimed by Mr. Rolnick would quickly shrink if states rush to make preschool universal. They cite some studies suggesting that Head Start, the federal program for disadvantaged preschoolers, gives children little edge when entering elementary school.

Allow me. RAISING KIDS BY YOURSELF IS A DISADVANTAGE THE GOVERNMENT CAN'T OVERCOME.

Why hasn't Head Start worked? It's because there wasn't enough money spent, of course!

The new pre-K advocates want more children -- in some cases all children, in others all low-income children -- to be in school before age 5. To the extent Head Start has fallen short of its goals, they argue, it is because federal and state funding is inadequate and the staff is sometimes poorly trained.

Or maybe it's because Head Start teachers aren't the kids' freaking parents! Maybe you can't replace a father or a mother with a government employee after all. I don't know, call me a radical, but maybe cutting your gross income and labor force by 50% can't be overcome with a few hours a day of 20-1 instruction at a government institution.

Of course, who wants their kids to end up in a jail cell?

In conservative Oklahoma, his pitch is pragmatic. "The most effective argument among conservative Republicans is that the folks we are helping are already in day care so that we are not taking them from a loving home," he says. "The kids...will end up as productive citizens rather than in the correctional system."

Unreal. Preschool as a way of preventing prison terms for kids from single parent families. Does it get any dumber than this? 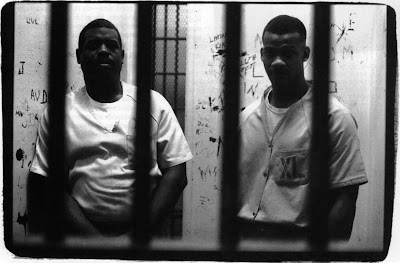 If only they had gone to preschool!
The whole debate is just staggeringly idiotic to me.
Posted by K T Cat at 1:46 AM

Last election season, here in California, there was this ad that said essentially "kids that go to pre-school do better all their lives - so let's have universal pre-school". My sons took about a nanosecond to realize that 1) there is indeed a strong positive correlation between pre-school and success in life, 2) both things correlate with having two working parents that give a #$!#% about their kids, so 3) there is no demonstrated cause and effect.
I was so proud.