I Think we Found the Problem

...the newspapers are publishing complete idiocy. 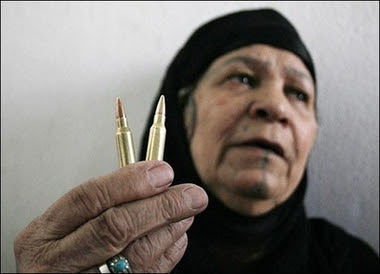 Associated press caption to this photo: An elderly Iraqi woman shows two bullets which she says hit her house following an early coalition forces raid in the predominantly Shiite Baghdad suburb of Sadr City. At least 175 people were slaughtered on Tuesday and more than 200 wounded when four suicide truck bombs targeted people from an ancient religious sect in northern Iraq, officials said.(AFP/Wissam al-Okaili) 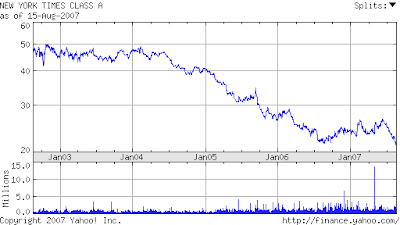 Newspapers have always been economic with the truth, the trouble is many people believe what they read, they seem to here in the UK. I have 2 grandsons both have been to Afghanistan there is no truth or common sense comming out of that country.

Ppffft! I stopped reading the Main Stream Morons a long time ago.

It's pretty obvious whatever, ahem, "reporter" printed that story doesn't know the difference between an unfired round and a football bat.

Yes that was pretty obvious when the lady is holding two "unfired" rounds.

Somebody is a moron.