Behind the Scenes at the Carnival of the Cats

Have you ever wondered what it takes to put on a Carnival like yesterday's? Well, here at The Scratching Post, we're releasing some candid photos of our Maximum Leader working on the Carnival with her staff. We hope it gives you an idea of what it was like. 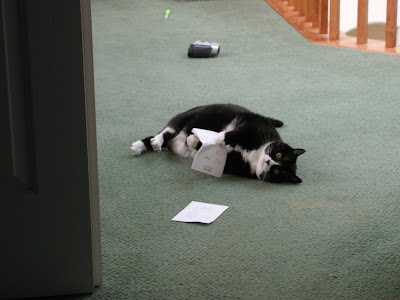 The first thing our Maximum Leader did was to make a list of possible themes for the Carnival. A good leader always comes prepared to a meeting. She's not expecting the team to come up with ideas out of the blue. She knows what directions she wants to try. She reviewed this list thoroughly before meeting with the rest of us. 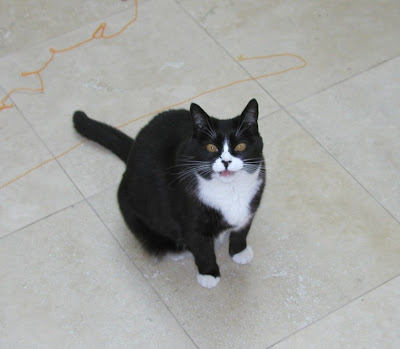 Next, she discusses her ideas with us. Here, she's stating her concept clearly and concisely. 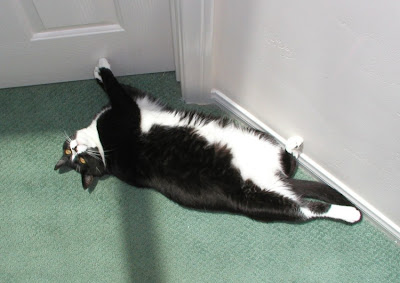 After listening to our suggestions, she took some time to go off and think about it. She realizes that decisions made without dedicated thought are often inferior. 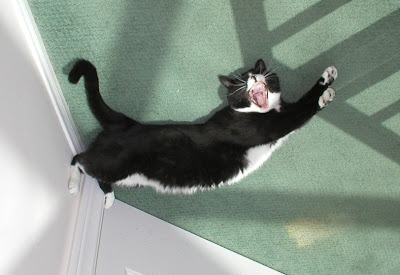 We reconvened after a while and had an open and frank discussion of the ideas again. Sometimes it got heated. Here, she's yelling at us for repeatedly suggesting that we build the Carnival around chasing yarn. "Enough with the yarn already!" she shouted. "I like yarn as much as the next cat, but it's just not the right theme for this week!" 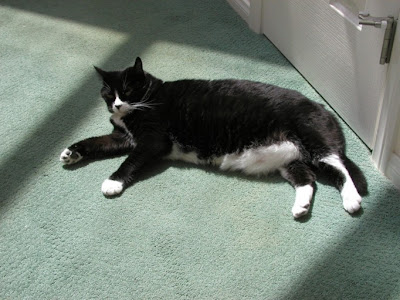 The theme chosen, she took a much-needed break while her staff got to work executing her orders. The team had gotten the message and the Carnival was produced. She reviewed the final product and it ended up released ahead of schedule and under budget. The results? Hundreds and hundreds of clicks from happy readers.
She was thorough, she was prepared, she listened to her staff, but she made her own decisions. And that, dear readers, is why she's our Maximum Leader.

Please stop by this week's Friday Ark!
Posted by K T Cat at 6:26 AM

An entrepreneurial genius. I say she should give herself a raise!

It's hard work, but if she doesn't do it, it won't get done.

What a great tummy. That alone should be very helpful to the Carnival!

That picture of K T Cat yelling is mighty fine. And I know just how she feels!

What a lovely manager. I'd love to give her skritches!