Failing Our Test Means We Have To Take It Again

When it first happened, I didn't think much of it. I thought that the Iranian capture of the 15 British sailors was an act of small theater, an attempt to tweak the Brits a little bit. Having mulled it over, I no longer think so. I think it's the Iranians testing us again and finding us weak.

First it was capturing the Israelis in Lebanon through their Hezbollah puppets. The Israelis turned out to be paper tigers. Their reserve forces were poorly equipped and totally unprepared for the conflict in Lebanon. They went into Lebanon, smashed a few things and then left without having freed their captured soldiers. In a conventional war, this would have been a defeat for the Iranians and their clients. The Israeli kill ratio was tens to one against Hezbollah.

This isn't a conventional war. The Iranians routinely used children to sweep minefields in the Iran-Iraq war. They place no value at all on human life. Zero. I would bet that little experiment was considered a success in Iran. Now they've gone after the Brits. The Brits haven't responded with Newt's cunning idea, instead they've gone to the UN and asked for a resolution. What an utterly pathetic response. It proves that America's best ally, Britain, is just as much a paper tiger as the Israelis. 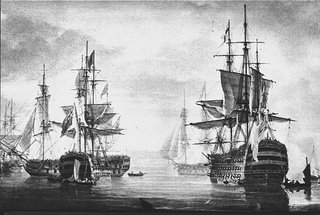 Britain spread civilization throughout the world. Whatever happened to British confidence?
Who's left for the Iranians tweak? We are. The Iranians are already in Iraq, trying to kill Americans. We're not doing anything about that, either.

They don't speak our language. The UN means nothing to them. I don't think most Americans get it. Raised in a multicultural goo where the vast majority of our popular culture and educational establishment works to convince you that all cultures and all lifestyles are equal, as our College of Cardinals recently posted, the Iranian government lives in a world of absolute moral authority. They are right, we are wrong. Their righteousness grants them license to do anything they want against us.

Meanwhile, our popular culture works against us. If we had captured Iranian prisoners and paraded them in front of the TV as the Iranians did that poor British woman, the New York Times would go berserk as they did with Abu Ghraib. In order to prove that all cultures are equal, the NYT has to downplay Iranian atrocities and focus on ours. It's the only way they can counteract the overwhelming evidence of the cultural superiority of America over Iran.

Our Missionary to the Frozen Northern Wastelands left a comment on a previous post asking if the Royal Navy had the power to carry out a blockade of Iranian ports as Newt Gingrich suggested. Despite their massive cuts in their fleet, they still have the firepower to deal with the Iranians. That's not the issue.

What the Iranians are proving through each of these tests is that the West lacks the will to use their weapons. I don't think most people realize just how grave this situation is. By running to the UN, a body that put genocidal Sudan on their Human Rights panel, the British have shown themselves to be a pack of bedwetters just like the Continental Europeans. The only thing the Iranians lack now is the ability to deal a crushing blow to the West.

The United States, Britain and Israel, Australia and the rest are better than Iran. Period. We're better culturally, better technologically, better militarily and better economically. We're freer, happier, more successful and morally superior. The evidence is all around us and totally overwhelming. Our educational system and popular culture have done their best to obscure this to the point where we can't even defend our own innocent sailors because we're so unsure of ourselves.

Make no mistake, failing this test ensures other, more terrible tests in the future. This has got to be stopped before the test becomes overwhelming.
Posted by K T Cat at 3:53 AM

EU Referendum says the US will attack Iran on April 6th.