The Disintegrating Disinformation Board

I thought I'd toss out this semi-random thought while the topic was still fresh.

I never understood what the Disinformation Board was supposed to do in the first place. A group of people working for the DHS who ... did what? Would they have meetings and talk about tweets? Would they review newscasts? What would be their results?

More to the point, I can't see that anyone would listen to them if they did make pronouncements. A bunch of civil servants claiming some rando on Twitter said things that weren't true would be indistinguishable from a group of partisan hacks defending the regime. We've already got tons of those on both sides.

How would the Disinformation Board make its voice heard?

The whole thing seemed ridiculous from the get go. I'm kind of sad they disbanded it. I wanted to see it in action. 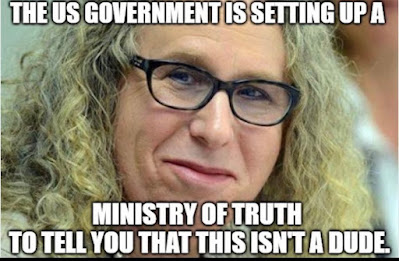 Yeah, that was kind of a brainless thing to do. If people are already convinced that the government has been taken over by a massive conspiracy that is telling them lies, I can't fathom why the government would think that creating a new agency to tell everyone "But we aren't lying!" is going to change anything.