The Unique Evil Of The Founding Fathers

There's a fellow I've friended on Facebook who, it appears, I knew in Los Angeles when I lived there about the time lizards were evolving into chickens. As an Air Force brat, I lived in lots of places and made a lot of friends, so people from my distant past are a bit blurry.

In any case, he's this weird combination of social justice progressive and prepper. I wouldn't interact with him were it not for the fact that he comments on my wacky look-what-I'm-trying-now posts. At first, when he had good suggestions for frying chicken, I liked his input. He's now sticking his oar in about fermenting tobacco and I've had just about enough. It's still useful and well meant, but for the love of Pete, give it a rest, Mr. Know-It-All. I get it. You've done everything. Now shut up and go build a blast furnace or whatever it is you do in your spare time.

Hmm. I'm in a rare mood this morning. Oh well. On with the polemic.

So Mr. SJW Prepper turns out to have posts wherein he mentions that our Founding Fathers owned slaves. I'm so over this. I'm currently consuming a Thomas Sowell piece about slavery which is an excellent antidote. Check it out.

What gets me is the insinuation that our Founding Fathers are somehow uniquely guilty. What rubbish. I wanted to reply in a comment to Prog Prepper, so I thought I'd test it out here first.

First off, India, Africa and the Muslims take win, place and show in the Slavery Derby. While Africans were the export kings, selling each other to anyone with a credit score over 400 and a checkbook, the Indians took the top spot. How did they do it? Volume discounts! When there are a billion people and you despise the least among you, slavery is a natural. The Muslims, consulting their self-contradictory Koran, found plenty of support for the mass enslavement of infidels.

Of course, I still have a soft spot in my heart for the Aztecs and their compadres here in the New World. Lining thousands of slaves up for a mass disembowling? Charming! Imagine the world we'd live in if the Aztecs had been the first to develop gunpowder and trans-oceanic sailing ships. Multicultural to the max!

The Founding Fathers with their Angry Christian Sky Fairy had something the others all lacked - a moral quandary over slavery. Their book of myths told them that God made Man in his image and we should love everyone, particularly the least among us. That's kind of where we got the idea slavery might be wrong. The rest of them couldn't even comprehend the concept.

Googling the Europeans' efforts to abolish slavery in Africa and Middle East is an isometric exercise. You expend a great deal of energy and get nowhere. That makes sense because white man bad. Here's the best I could find quickly.


At that time (the 1870s) the slave-trade commanded the attention of many governments, particularly that of Great Britain where the anti-slavery lobby was extremely influential; and the Khedive was under strong pressure to put a stop to the virtual depopulation of enormous areas of Central Africa by the removal of their able-bodied inhabitants for sale in Egypt, Turkey and Arabia.

There are mountains of this kind of history, but the Founding Fathers Sin Counters seem utterly unaware of it. I feel like anyone who trots out the phrase "slave owners" in conjunction with the Europeans ought to take a shortcut and just post this "No Idea" meme instead. 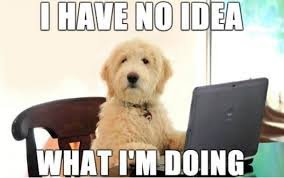 It isn't hatred of slavery which motivates such people, but hatred of America and/or of Christianity.

Development of Race-slavery in America (also, check the links I recently added to the comments)

As best I can tell, they were uniquely evil because they identified that there was something wrong with what they were doing-- and tried to fix it, without inflicting a worse injustice, rather than insist it was really alright or blowing everything up to stop the bad.

I agree with you both. This is about tearing down the Christian West out of rage born of envy and resentment.

Foxie, in the Thomas Sowell piece, he claims that the reason American slavery was racist was that the slave owners had to come up with a moral response to the Christian objections to slavery. The closest one to hand was racial superiority and the Jeff Davis / Liz Warren assertion that controlling the lives of the lower caste was really in their best interests.

"Thomas Sowell ... claims that the reason American slavery was racist was that the slave owners had to come up with a moral response to the Christian objections to slavery."

Christ-haters like to make much of the fact that as anti-slavery sentiment grew, the supporters of slavery tried to use certain cherry-picked verses from the Bible to justify slavery. Of course, these Christ-haters are totally uninterested in the facts that:
1) these verses *were* cherry-picked;
2) the whole reason they needed to try to use the Bible to justify slavery is because the vert idea of enslaving other people was being attacked on the basis of the Bible -- as had been the case in the previous times slavery had been eliminated within Christianized societies;