First off, he's not a big deal. Find me one Democratic presidential candidate who isn't going in his direction. Bernie just gets you to the end point faster.

Assume that American economic politics is a normal distribution with socialism and fascism on the far left and libertarianism on the far right. 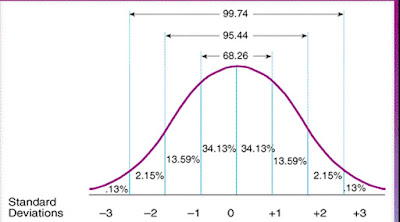 Let's say for the sake of argument that America is currently in the middle of the curve. Bernie wants to use government spending and regulation to take us to -3. Who in the Democratic field doesn't want to move us in that direction? Is anyone suggesting that we should spend and regulate less? When has anyone in that party said that?

It seems to me that if the Democrats win, we'll eventually hit Bernie's workers' paradise no matter who gets elected. Why Bernie is some kind of threat when waiting 10 years or so will get you there anyway is beyond me.

However, he is a big threat to the Smart People. Dig this essay from WaPo bland-as-oatmeal liberal Michael Gerson.


Some progressives seem to view Trump’s arrogant overreach as a golden opportunity for their own. They see the president’s weakness as a chance to run the ideological table and get the kind of “structural” change that is really a form of democratic socialism. Their argument here is less with Trump than with Barack Obama and Bill Clinton. Surveying the charred ruins of our public life, these leftists propose to fight fire with petrol.

Trump and Sanders are threats to them, which is why they're freaking out. I'll let Tucker explain.

"Assume that American economic politics is a normal distribution with socialism and fascism on the far left and libertarianism on the far right."

Except that when push comes to shove, the "libertarians" (and especially when they are capital-L Libertarians) always side with the leftists.

The problem with "libertarians" is that they're not really for liberty, they're for license ... and that is why they always side with the left.