How You Can Tell That Iran Is Running Out Of Money

... the only American media they can afford to buy is Newsweek. Dig this. 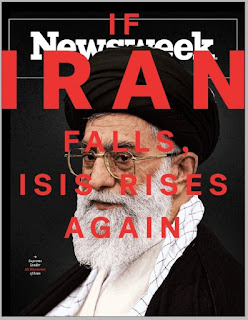 Far from bringing peace to the Middle East, however, a significant escalation of demonstrations shaking Iran or any major foreign intervention could end up empowering an even greater enemy—the Islamic State militant group.

LOL! Golly, you mean if we keep the pressure on the mullahs, we might end up trading a nuclear-ambitious, regional hegemon with medium-range ballistic missiles for a pack of ignorant goat-rapers who can only terrorize things in visual range? Boy, we'd better pull back now!

Compare the Iranians with the Chinese. The Chinese have bought the NBA and Hollywood like the amoral prostitutes they are. Heck, the Chinese were able to buy Time magazine with change they found under their sofa cushions. 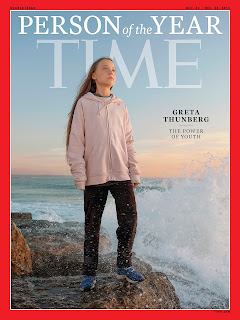 Hmm. I don't see the Hong Kong protesters on that cover. I do see a spoiled brat who screams at the West for Earth-crimes committed by the Chinese.

Meanwhile, the best the Iranians can do is Newsweek. Pathetic.
Posted by K T Cat at 6:34 AM

....right, if one of the countries who spends buckets of money funding terror goes away, then a terror group that their pet groups support and sell weapons to will gain power.

Sure, pull the other one, has bells on.