Forget all that George Bush is Hitler nonsense; The New Republic sent me a link and summary for an article claiming that President Bush is manipulating our subconscious.

What if everything you thought you knew about politics was wrong? What if, rather than being a struggle for power among individuals and parties with different agendas, it was really a struggle for your subconscious?

That is the question that John B. Judis's eye-opening cover story asks this week. Drawing on a wealth of psychological research, Judis shows how voters are susceptible to politicians who can manipulate their fear of death. Obviously, we all want leaders who can defend us, but only recently have social scientists begun to understand how a fear of our own mortality guides many of our political choices without our ever realizing it--and how politicians like George W. Bush can, and have, tapped it to further their own policies. It's a fascinating essay that will change the way you look at the Bush administration, the war on terrorism, and perhaps all of politics. 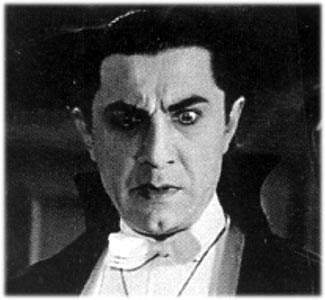 Don't look into his eyes! He'll put you under his control and soon you'll be paying more for crappy public education!
Peter Scoblic, the lunatic executive editor of TNR, has taken Bush Derangement Syndrome to a new level. Soon there will be articles in TNR suggesting that President Bush sent hordes of bats to attack blacks in New Orleans.
Posted by K T Cat at 9:07 AM