Their favorite Roman Emporers are the ones that kicked the most butt and they're proud of the huge monuments in their cities, almost all of which can be traced back to property looted from people they conquered. It's comparable to Americans celebrating the 7th Cavalry from the Old West. 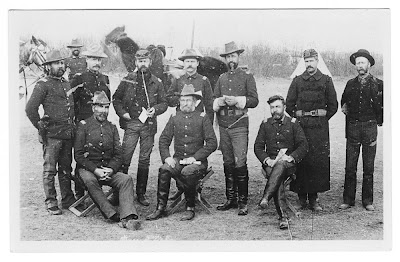 The good guys.
Just what they make of President Obama's World Apology Tour is anyone's guess. If they liked it, then they better start talking reparations to the Gauls, Franks, Egyptians, Israelis ...

Yes, I know, Rome was sacked and looted any number of times, but those massive monuments, built with slave labor, remain.
Posted by K T Cat at 7:29 AM