Satellite Images of a Volcano 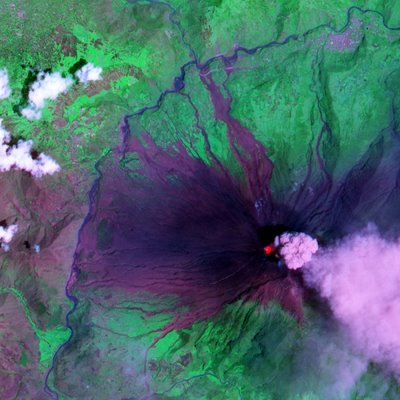 This false-color image was created by combining shortwave infrared, near-infrared, and green wavelengths of light observed by ASTER. The image clearly shows not only current volcanic activity, but also the results of earlier eruptions. Deep purple rivulets of rock carve through the bright green vegetation. The rock results from previous lava flows that later solidified. Similar in color to the hardened lava are geometric patches of bare ground on the volcano’s slopes, some of the numerous settlements in the area.

It cannot succeed in actual fact, that is exactly what I think.