McDonald’s CEO Chris Kempczinski has called on government and business leaders in Chicago to do more to address safety concerns in the city amid a wave of crime and violence.

The CEO said the company will move its innovation center from Romeoville to its West Loop headquarters.

However, Kempczinski said the burger chain had been battling chronic crime issues which have in turn made it harder for the chain to recruit new workers, Chicago Business reported.

“There’s a general sense out there that our city is in crisis,” he said.

Outside of the family, the only solution to crime is more jails, more cops, more arrests and more convictions. That's it. That's all there is.

The alternative is more traditional families where one man marries one woman and then they have kids. At which point, dad takes the family out to dinner at McDonald's.

Just out of curiosity, did McDonald's participate in Pride Month? 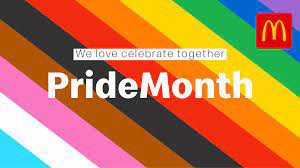