South Carolina is racist. This we know. Here's clear proof from NBC News.

Within hours, the school board had voted to fire the district’s first Black superintendent, terminate the district’s lawyer, ban critical race theory and set up a new committee to decide whether certain books and materials should be banned from schools. https://t.co/dV9BIojDmI

They fired a black man! See? We told you they were racist. 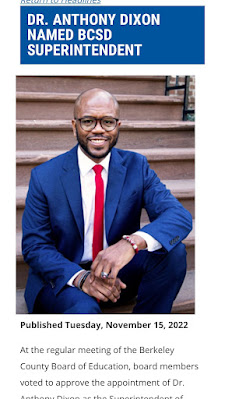 Umm, he's also black. That didn't make it into the NBC News tweet. The tweet was written to make it sound like the firing was the act of a bunch of racists. Unless those rednecks are playing racist 4D chess of some kind, it sure looks like race had nothing to do with it.

So why did NBC News, an organization whose reputation ought to live and die with their adherence to honesty, lie to us?

Well, why not? Objective morals don't exist in the secular world of NBC News. Honesty is less important than their racial justice goals. There is no God, so Exodus 20:16 has less weight than Ibram X. Kendi's latest racial ravings.

You shall not bear false witness against your neighbor.

The point here is not that Christian America didn't lie, it's that we accepted an objective moral code that was above us. We might still lie, but we knew that lying, in and of itself, was a sin. Without that moral code which transcends our lives and desires, there's no reason at all why NBC News shouldn't peddle lies if it serves their goals.

I love how culling the library stacks to make room for other volumes is equivalent to banning books. If not carrying a book is the same as banning it, then every library short of the Library of Congress bans more than 99% of all books.

It's those narrow-minded librarians, I tells ya! They're what's wrong with this country!

But the new guy is just “the black face of white supremacy “. So they are racist!