Dig this sequence of tweets from today. You can see the full thread here.

Keep hearing of train burglaries in LA on the scanner so went to #LincolnHeights to see it all. And… there’s looted packages as far as the eye can see. Amazon packages, @UPS boxes, unused Covid tests, fishing lures, epi pens. Cargo containers left busted open on trains. @CBSLA pic.twitter.com/JvNF4UVy2K

How are they accessing the cargo cars?? They aren't locked?? And if they are locked, the locks are that flimsy??

With modern tools it's virtually impossible to stop someone breaking into a container or a house or a car etc... They have to not stop or move faster.

More on the implications in a second, but first, here's the scoop on how easy it is to break into a shipping container on a railcar.

They don't lock them. They seal them with a cuttable bolt. You can't put a lock with a key on every container that crosses the country or sea. They have to be opened by the delivery location easily and without a key.

This is what a real insurrection looks like. You've lost control of important nodes in your shipping lines to the enemy. That recommendation, "They have to not stop or move faster" is the sort of thing you tell convoys driving through guerrilla-controlled territory.

To all the people who said that a civil war would be over quickly and the blue, Federal forces would use air strikes to crush the red rebels, take a good, long look at that video. That's reality. Just what will you strike with your F-15s? How will you target the enemy?

Too Many Places To Defend

When a modern army moves into enemy territory, one of the things they have to do is occupy a chain of hills in order to give them places to put their line-of-sight (LoS) communications nodes. LoS comms have the highest bandwidth. SATCOM is all well and good, but there are often too many users for too little aggregate bandwidth. Drones can be used as relays, but you need to have them in the sky 24/7.

The LoS comms nodes all must be defended and supplied. As you invade, you keep having to drop off units behind you to protect your communications and ever-lengthening convoy routes. Each unit left behind is a unit not available for fighting at the front.

Now instead of an invasion, solve those same problems in the US where some of your cities are effectively in revolt.

When that thought first popped into my head - some of our cities are in revolt - it felt like the ravings of a conspiracy nut. Then, after a little thought, I thought it apt. In SanFran, Portland, Los Angeles, Chicago, Baltimore and NYC, we have books and books and books of laws, but many of them are unenforced, thanks to progressive district attorneys. Shoplifting and carjackings are out of control. Chicago is solving about 1 in 6 of its murders. That means you can kill with near impunity. How about this gem from Philly? 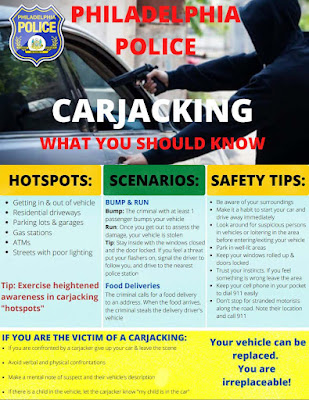 Check out the places where the cops can't defend you: residential driveways, parking lots and garages and gas stations. If they can't protect you there, just how are they going to defend the railyards? In the bump and run scenario, the only safe place is a police station.

John Adams For The Win

"Our Constitution was made only for a moral and religious People. It is wholly inadequate to the government of any other." - John Adams.

When we allowed the left to destroy the family, all of this was set in motion.

Here's O. Henry's description of how to rob a train, told to him by a former train robber that he made friends with.

Boy Mayor Jacob Fry, carpet bagger of Minneapolis, responded to the to the terrorist attack and burning of the third precinct as "just bricks and mortar". Without support from the wholly unqualified progressive political elites, the Police can't protect anything.

BTW, while the stores in the area have been rebuilt, the precinct hasn't been touched. Not even bulldozed down and cleared out.

Great find, Tim! It sounds just like one of the old westerns.

MN - I'm glad to hear the stores have been rebuilt. I was wondering if it was like the ruins of Detroit.