President Biden is out on Twitter saying that his elebenty gajillion dollar infrastructure bill will be free. No, seriously, he's saying that it's free.

The Democrat who runs the House Budget Committee or whatever it is gave a speech to some donors eating rubber chickens saying that the government cannot go bankrupt because it can print money.

Glenn Kessler of the WaPo, whose professional dignity must have committed hari-kari long ago, lectured us on Twitter with great exasperation that there's a difference between a net cost and a gross cost. The elebenty gajillion will be paid for, you morons, so it's free.

And then there's this from the soulless chick who tells the credulous press corps lies every day*.

Jen Psaki: It’s “unfair and absurd” that companies would increase costs for consumers in response to us taxing them more. 😳 pic.twitter.com/rHilrYdj4j

For a while this morning, I didn't know what to make of it. It's so patently false that I couldn't figure out why she said it.

It finally hit me that she and her political masters have reached the spoiled toddler phase. They are simply screaming at us to give them our money and be quick about it. This is nothing more than banging your spoon on your high chair, your face beet-red, howling for ice cream.

Last week, we were patiently explaining to the Elites that men and women were substantially different. This week, we have to teach them about money. Earlier, they couldn't understand that removing cops from the cities would lead to crime. 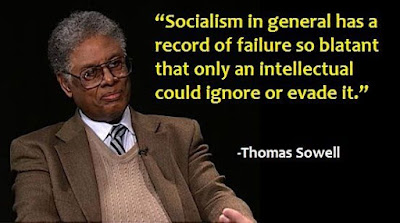 * - I'm not singling her out here. Every press secretary lies constantly. Why we still have the position and why the media show up to these things to ask questions is beyond me.

When the Republicans were in power, they made it clear that they had no more intention of reducing the deficit than the Democrats did. The only interest either party has in the deficit, is to use it to embarrass the other party when the other party is in power.

I don't know what to do with these people. The only time we ever get any progress towards a balanced budget, is when Republicans control Congress and the Democrats hold the Presidency, because then the Republicans will reduce spending just to thwart the President. But then, after the Democrats get sufficiently embarrassed and a Republican president gets voted in, that's when the Republicans immediately decide to not actually reduce any spending. Instead, they borrow instead of tax to kite up the deficit even more, erasing all the progress. They've done it twice since 2000, and I see no reason to believe they won't do it again given a chance.

Bingo. Rand Paul looks like the only one freaking out about this. What gets me is the intellectual foundation for the insanity is so common. It would have been inconceivable to babble madness like this just ten years ago.

What I was trying to say in this post was that the whole "It's free!" blew my mind. I literally could not understand how it was possible to say that. Dittos for the idea that customers do not pay for a firm's expenses, expenses which include taxes.

While reprehensible, it is hardly new. How many times have we been sold an "economic stimulus" or a "tax cut" with the claim that it will "boost the economy so much that the increased tax revenues will fully pay for it, so it really costs us nothing"? Biden is unusual in actually using the exact word "free", but they almost always try to imply "free".

They do it all the time, and it makes me furious. But I can't see how to fight back against it, because whichever party happens to be in power at the time and makes the claim, all their partisans go along with it because it's the party line and we can't go against the party line, oh no, party comes first always! And if you vote to give the other party power, they do the same thing (maybe with the goal of enriching a slightly different set of people), good of the nation be damned.

Like George Washington said, while political parties may be inevitable, they can easily become the enemy of the general population and we need to work to keep them reined in.