Anon recommended a few places in Savannah for us to visit, among them Vic's By The River. Well, we went to Mass at the Cathedral of St. John the Baptist (stunning photo below, left large, worth a click) and then took a walk to the Savannah River for brunch. 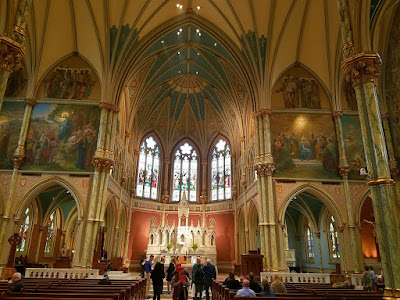 We ended up at Tubby's instead of Vic's because it had a second-story veranda overlooking the river. We later stopped at Vic's for some coffee, just for anon. It was great, by the way. 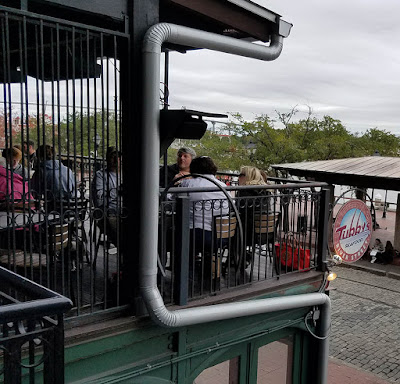 Tubby's has a special deal that if a container ship goes by while you're sitting on the veranda, you get a free shot. 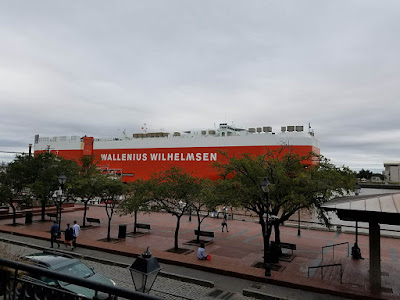 And thank you Wallenius Wilhelmsen! Drinks all around!

Savannah is gorgeous. It's not very large, so you can get a feel for the whole place in a couple of days, but it has an undeniable grace which far outstrips most other American cities.

Ivyan, the one in Augusta was similar. They both simply blow away anything we've got in Southern California.