The First Step To Recovery Is Admitting You Have A Problem

Dana Milbank and the Washington Post appear to have hit bottom.

Milbank wrote he was pledging to not write about or mention Palin for the entire month of February. He called on fellow media members to join him with the hope the boycott could be made permanent.

“But today is the first day of the rest of my life. And so, I hereby pledge that, beginning on Feb 1, 2011, I will not mention Sarah Palin – in print, online or on television – for one month. Furthermore, I call on others in the news media to join me in this pledge of a Palin-free February. With enough support, I believe we may even be able to extend the moratorium beyond one month, but we are up against a powerful compulsion, and we must take this struggle day by day.”

Of course, this could just be one of those monster hangovers that makes you swear off the stuff temporarily. 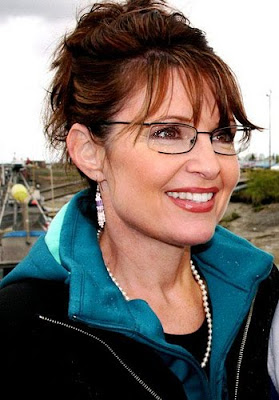 We don't hate Sarah. We're not big fans, but she's still OK with us.
For Sarah Palin news during this blackout, stay tuned to our Monk of Miscellaneous Musings' Sarah Sez posts.
Posted by K T Cat at 6:03 AM

Thanks for the link, KT.

So, Milbank is indeed admitting to Palin Derangement Syndrome.

It is duly noted that he has chosen February (the month where nothing happens) to kick off his hate sobriety.

Nice to see a journalist with integrity. Reporting the news as it happens. Not trying to influence, since that's not his job.

Yes, sir, he's a great role model, not letting his personal beliefs get in the way of the news.

There should be a pulitzer for this kind of journalistic integrity!