So last night as I drove around I heard a bit of the beginning of the debate while listening to our Patriarch of the Airwaves, Hugh Hewitt. When I got home, I cruised over to Ann Althouse's blog, pointed there by the Puppy Blender, and participated in her brilliantly conceived liveblogging of the debate.

Ann put up an introductory post and then liveblogged it along with her readers in the comments. I thought that was ingenious. Once I decided to play along, I tuned in to the silly thing on CNN. I think I lasted through about four questions before I wandered off to watch some of my favorite scenes from The Road to Bali for the umpteenth time. Bob and Bing were infinitely better than that creepy metrosexual, Anderson Cooper. (Incidentally, is he a woman?)

Here's my take on the debate.

1. CNN, completely mystified by anything to the right of Noam Chomsky, picked questions that played to a caricature of conservatives. "Why do you hate Mexicans? Why do you hate Muslims? Do you believe every word of the Bible?"

Here are some analogous questions for the Democrats. 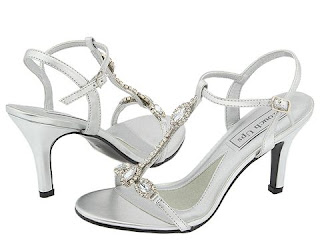 Hillary: What's better, a sale at Nordstroms or an outlet store? 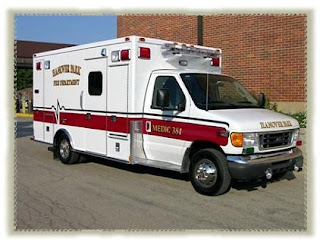 John Edwards: Can you draft behind an ambulance like they do in NASCAR?
If the goal was really to help voters make a decision, then the Republicans got awful questions. Of course, the whole format isn't designed to do anything other than create brief, content-free conflict on a stage because...

2. No one works like this in real life. Can you imagine a CEO walking into a meeting and finding out the topic only after he has sat down? I can just see President Fred Thompson's agenda put together by CNN.

There's no way a voter can get a sense of the philosophical foundations of the candidates when they have at most 90 seconds to answer and the question comes out of left field. For me, there are really only five topics worth hearing about from the candidates.

Can any of these be answered in 90 seconds and then countered in 30? Seriously, can they?
Posted by K T Cat at 4:30 AM

They're slipping. They should have been asking of the have they've stopped beating their wife sort.

*shrug* Makes me glad I don't watch these debates.

Read a comment somewhere that maybe CNN didn't do it on purpose-- they just went over the questions, and the ones that made sense *to them* is what they chose.

And that's why there are four and counting dems chosen.

KT, I followed the live-blog thread... you weren't going in with an agenda or anything, were you? ;) Most comment-extensive/intensiv topic: Gays in the military. Who knew?

Check out BwD when you get a chance. I threw you a bone... I mean some tuna. Sorry.

Dean, I really didn't go in with an agenda. I was just having fun and being snarky. In the few questions I watched, I didn't see Fred answer much so I didn't have a chance to be a honk for him.

I don't like Anderson Cooper and I don't like Mitt Romney, if that's what you mean. I thought John McCain did quite well from the little bit I saw.