Our local high school used to be called Junipero Serra High. Now it's Argle Bargle High or something like that. They changed the name while they were hiding under their beds from the Wuhan Flu because "RACIST! RACIST! RACIST! RACIST!"

Born on Spain’s island of Mallorca, Serra entered the Franciscan Order taking the name of Saint Francis’ childlike companion, Brother Juniper. Until he was 35, he spent most of his time in the classroom—first as a student of theology and then as a professor. He also became famous for his preaching. Suddenly he gave it all up and followed the yearning that had begun years before when he heard about the missionary work of Saint Francis Solano in South America. Junipero’s desire was to convert native peoples in the New World.

Arriving by ship at Vera Cruz, Mexico, he and a companion walked the 250 miles to Mexico City. On the way Junipero’s left leg became infected by an insect bite and would remain a cross—sometimes life-threatening—for the rest of his life. For 18 years, he worked in central Mexico and in the Baja Peninsula. He became president of the missions there. 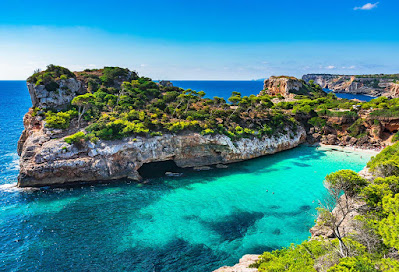 So the Junisaurus, as he was known to his friends, left beautiful Mallorca, went across the Atlantic on a tiny, wooden, sailing ship, then walked thousands of miles amongst a sometimes hostile, paleolithic people so he could convert them to Christianity.

It sure seems to me like the Junisaurus took the biblical injunction to spread the Gospel to all people in all lands seriously. He took it so seriously that he gave his life doing it. You might say that he died to the world to save the souls of the Indians.

If the Junisaurus was right, then all those Indians were risking either damnation or enough time in Purgatory to see the Pittsburgh Pirates win another World Series. If he was right, then his actions were selfless and charitable in the extreme. How many of us have walked even a hundred miles to save someone else, much less the life journey Serra took?

While the answer to the evangelism question is certainly ambiguous - atheists and theists have been arguing forever - it isn't something you can dismiss simply by screaming, "RACIST! RACIST! RACIST! RACIST!" Well, you can't dismiss it if you have any intellectual curiosity, that is.

And that gets to the heart of the matter. Instead of renaming the school, the San Diego School District would have served the students much better had they spent time in their civics classes laying out the history and concepts of their namesake. They didn't.

That's no surprise. Nazis never do, whether they're old school Jew-haters or new school CRT aficionados.

It dawned on me that Serra's actions prove conclusively that he wasn't a racist. Had he seen the Indians as subhumans, he would never have left Mallorca to save their souls any more than you'd give up your life to evangelize the dogs at the local animal shelter.

It takes a special kind of imbecile to conclude that Serra was racist.

So, why are some schools named after people, anyway? What's the attraction? Unless it is the actual founder of that specific school, I can't say that I see the point.

It certainly isn't universal. None of the four K-12 schools I went to are directly named after anyone[1], or if they were, it was such a closely-held secret that none of us knew it. It wasn't until I got to college that the buildings (but not the school as a whole) started getting named after people[2], but not even all of them are named after anyone. Even then, most buildings are referred to by their function ("The Library" or "The ME-EM Building", not "Van Pelt" or "The Ray Smith Building"). It was pretty much only the dormitories that were routinely called by their assigned names, and I think that was only because there were three of them, so you couldn't just say "The Dorm".

[2] And there, the reason for naming them was usually pretty obvious: the person that they were named after was someone who kicked in a lot of money to build or remodel them, or was otherwise a prime mover in getting them built.

Bonus Imbecility
It dawned on me that Serra's actions prove conclusively that he wasn't a racist. Had he seen the Indians as subhumans, he would never have left Mallorca to save their souls any more than you'd give up your life to evangelize the dogs at the local animal shelter.

Well, slave owners often gave their slaves Sundays off and let them attend church, so I don't see racism and religious evangelism as incompatible in any way.