Maybe They're Just A Pack Of Screwups

It's so easy to get caught up in the modern zeitgeist of identity group victimhood. Every group save for straight, white men are victims in one way or another. I saw this mind-numbingly idiotic tweet from Harvard Medical School and it hit me for the first time: maybe they're not victims, maybe they're losers. 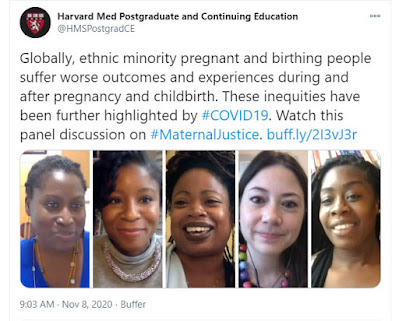 Right? I mean, it's a possibility. One reason the Chicago Bears suffer worse outcomes is that they spent gobs of money on two horrendous quarterbacks, Trubisky and Foles. It's not that the Green Bay Packers are oppressing them, it's that the people running the Bears are morons.

One possible reason that this doesn't get more discussion time is that the Elites are incompetent as well. Harvard Medical School is pushing "pregnant and birthing people?" We used to call them "women." Now our Ivy League Elites all kneel before the logically incoherent theology of transgenderism. Harvardly IQs have fallen to the point that they're confused about sex.

Think about that for a minute. Harvard Medical School doesn't understand sex any more.