Too Creepy To Continue

I've had a blog post, perhaps a theme for several, percolating in my mind for a while, so this morning I started doing some research. I found a translated issue of Der Sturmer and then was going to go from there to modern university professors who are race-obsessed and very vocal when I pulled up short. It was just too weird, too sickening to keep going. I'll leave it at this.

It doesn't take much effort to see strong parallels between Jules Streicher's paranoid, Nazi rag which claimed the International Jewish Conspiracy was oppressing Germans when it wasn't killing them outright and the university profs who claim that whites are oppressing people of color when they aren't killing them outright. I could see where I could lift whole paragraphs from Der Sturmer, change the races and pass it off as modern, SJW prose. Seeing how easy it was sent shivers down my spine.

I'm done with that. As a palate cleanser, here's a chihuahua with some flowers. Enjoy! 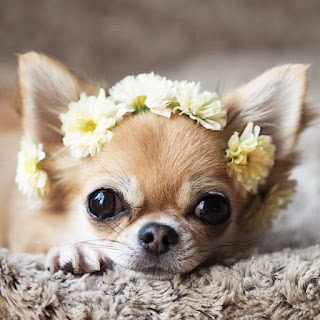 Both sides on that belong to the same species of Socialist.