On Netflix And Disney

A while back, when the NFL lost the plot of their business model and got into the racial justice business in a big way, accusing all of their white fans of being racists, I wrote this blog post with the following snippet inside.

Good Lord, is it so hard to keep out of things that don't relate to your business? The sport is on the decline so you decide to call the core of your customer base racists? All they had to do was apply their existing rules and put an end to the politics on the field, but no, they had to take a "principled" stand, one they didn't take for the murdered Dallas cops. Now their ratings are much lower.

Can't anybody here play this game?

Another theme of this blog is the gulf between the Elites and the Normals. The Progs have completely taken over the education industry and, as a consequence, the HR and marketing teams of all the major corporations are hiring from a pool of race and gender maniacs. The aforementioned gulf is an isolating structure. The woke loons not only don't understand the Normals, they don't even know how large that group is.

A few days ago, I made the stunning assertion that the LGBT crew are typically not parents. Amazing, I know. Who would have thought that four dudes in furry costumes and prom dresses, going at it in a stew of Vaseline, weren't going to end up creating a child?

And so here we are with the Walt Disney Corporation siding with the sexual degenerates who lack a frame of reference for raising children over the parents of the children who are their target audience.

That is so unbelievably stupid that the only people who could possibly make a mistake that large would be the highly educated. 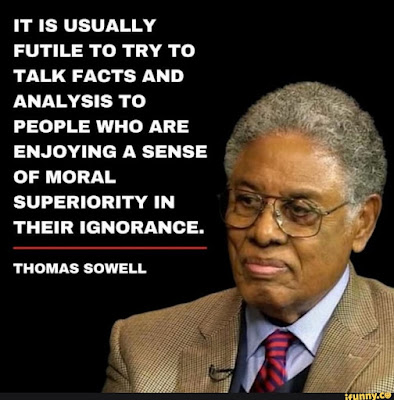 Not only did they misread the moment and misread the culture of their customers, they had no idea how big the population of Normals really was. They can spend all the money they want funding candidates, but in the end, the politicians respond to votes. Dig this.

A nationwide survey published last week shows that a large number of US adults are still in support of Florida's Parental Rights in Education bill, despite prolonged retaliation in the time since it was declared law for the state.

That majority includes a majority of Democrats.

Disney lost track of their primary mission - to provide wholesome, family entertainment. They then lost track of their customer base, normal parents. In fact, they didn't just lose track of those things, they took positions in complete opposition to them. Now they're getting whacked good and hard.

Florida Governor Ron DeSantis (R) signed into law Friday a bill that strips Walt Disney Co. from being able to govern the land where the Disney World theme park is located and a bill that effectively blocks Critical Race Theory from being pushed in classrooms.

In reference to the bill ending Disney’s special tax privileges in the state, DeSantis said, “I’m just not comfortable having that type of agenda get special treatment in my state.”

Some people have come out against the government of Florida removing Disneyworld's special privileges. They say it's an attack on Disney's freedom of speech. Nonsense. Disney has no right to those tax breaks and benefits. It's also the absolute right thing to do if you want to knock some sense into our corporate leadership.

Well, this kind of thing didn't work, did it? Netflix lost subscribers and their stock has been crushed.

“ Video from an "all-hands" meeting at Disney in the wake of the anti-grooming law's passage revealed that staff and executives at the company would be doubling-down on LGBTQ+ content moving forward.” [Note that’s not a Lettuce, Guacamole, Bacon, Tomato Quesadilla they are talking about adding to their food offerings.] This is a clear indication that if Disney investors want a change of direction (towards increased profitability), they better act now. Otherwise, be prepared for massive losses.

I had seen those videos that a disgruntled Disney exec sent to Chris Rufo. They were damning.

Still, I'd suggest that those massive losses can be reversed. The company is awash in talent. I would bet that a good deal of that talent just wants to create art and if you ditched the loudmouths, you'd be able to get back to Toy Story type movies.

The desert doesn't go on forever.

“The desert doesn’t go on forever.” True, but the Israelites did wander there for 40 years. I don’t think Disney has that long to find their way.