... or maybe a Zimmerman Boomerang, given the most recent interracial crime to get the headlines.

White Aussie Chris Lane was gunned down by a group of black thugs, apparently just for fun. This provided the perfect weapon for people sick of the Zimmerman race baiting to counter attack as detailed by Ann Althouse. Specifically, there was this Drudge headline. 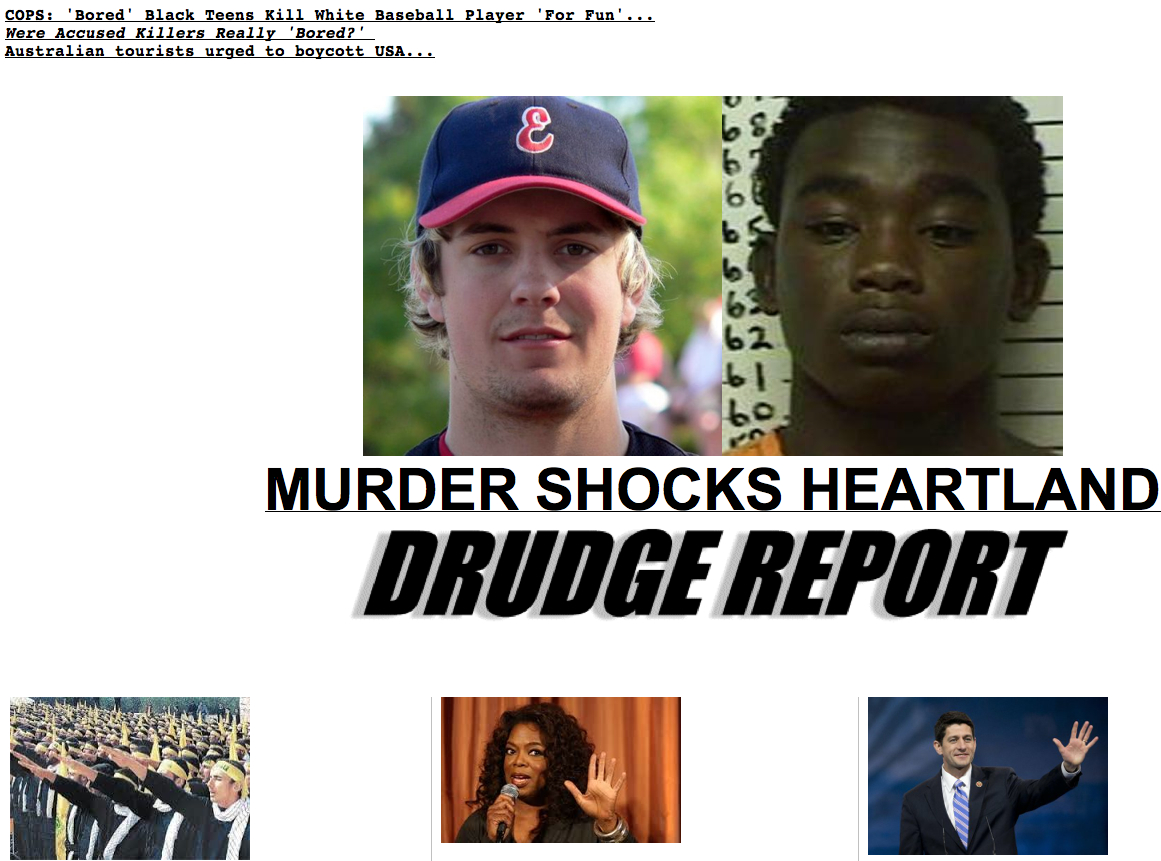 The MSM Zimmerman hysteria, which led the president and his fellow racialists to demand a National Conversation on Race, was probably the largest miscalculation of the year. The bubble these people live in must have walls 4' thick. After all, they never considered the ease with which one can find counterexamples of interracial crime, blacks being 39 times more likely to commit a violent crime against whites than vice versa.

So now, instead of having a discussion about, say, the breakdown of the traditional family, we're going to spend lots and lots of time shoving interracial crimes in each others' faces.

Exactly right. It's OBVIOUSLY not a problem with men not standing up to be fathers to their children, it MUST BE RACISM!

Funny thing, all the black folks I know are actual fathers to their children and their kids are all good.