Some Things I Didn't Know About Mussolini

...primarily that he got his start as a reporter and used the press to create and strengthen his dictatorship.

In November 1914 he founded a new paper, Il Popolo d'Italia, and the prowar group Fasci d'Azione Rivoluzionaria. He evidently hoped the war might lead to a collapse of society that would bring him to power. Called up for military service, he was wounded in grenade practice in 1917 and returned to edit his paper...

At first he was supported by the Liberals in parliament. With their help he introduced strict censorship and altered the methods of election so that in 1925-1926 he was able to assume dictatorial powers and dissolve all other political parties. Skillfully using his absolute control over the press, he gradually built up the legend of the "Duce, a man who was always right and could solve all the problems of politics and economics. Italy was soon a police state. With those who tried to resist him, for example the Socialist Giacomo Matteotti, he showed himself utterly ruthless. But Mussolini's skill in propaganda was such that he had surprisingly little opposition...

Under the dictatorship the parliamentary system was virtually abolished. The law codes were rewritten. All teachers in schools and universities had to swear an oath to defend the Fascist regime. Newspaper editors were all personally chosen by Mussolini himself, and no one could practice journalism who did not possess a certificate of approval from the Fascist party. 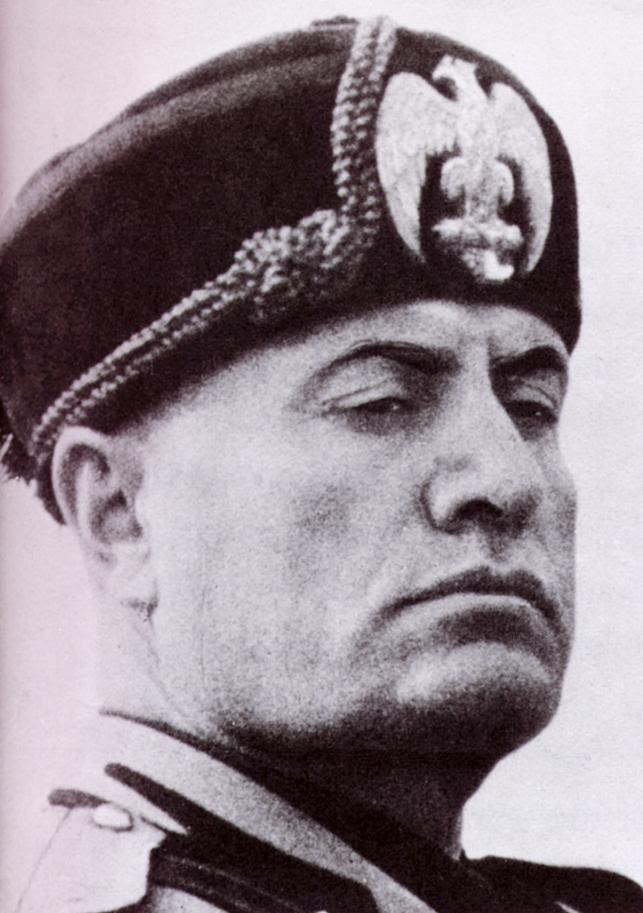